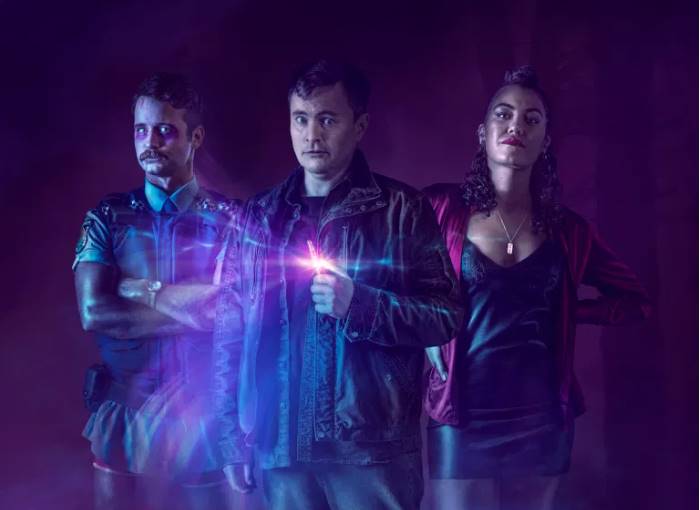 Ahead of it’s release in virtual cinemas on September 25th and on VOD platforms on October 6th, a new trailer has arrived for the new horror-comedy ‘Dead’ which is directed by Hayden J. Weal.

The film is also premiering at the Dancing Spider Film Festival on August 22nd and will be screening at the Horrible Imaginings Film Festival that is scheduled to take place on September 4th.

Starring Thomas Sainsbury, Hayden J. Weal, Tomairangi I’haia, Jennifer Ward-Lealand, Michael Hurst and Cameron Rhodes, the film tells the story of: Marbles, a hapless stoner, can see ghosts. Tagg, a recently dead wannabe super-cop, needs to find a serial killer. Can a critical ghost cop and a directionless stoner get over their prejudices and work together to save lives… and deaths?”