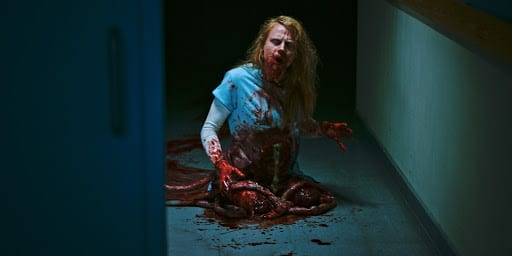 If you’re looking for a little romance mixed with zombies, monsters, and tons of gore, than Shudder’s new horror-comedy ‘Yummy’ could be right up your alley, and a brand new trailer will give you a taste of what’s in store.

According to the synopsis: “While waiting for his girlfriend to come out of surgery, Michael stumbles upon a terrified young woman, gagged and strapped to an operating table; she is the result of an experimental rejuvenation treatment. Offering to help her escape, he removes her restraints but soon realizes he’s just unleashed a virus that will turn the entire hospital into bloodthirsty zombies….”

Check out the trailer below

In this article:RLJE Films, Yummy