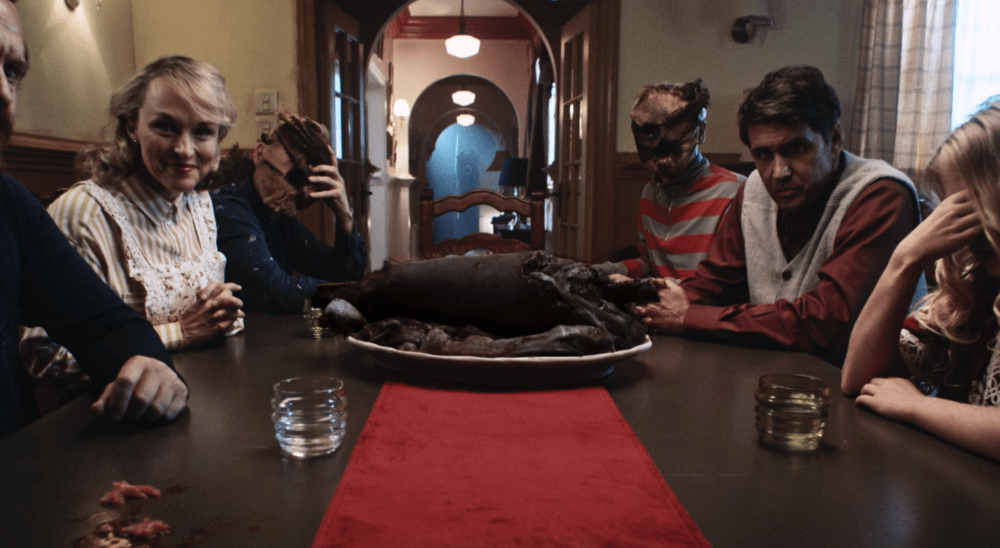 Alister Grierson’s ‘Bloody Hell’ is a story of non-stop horror and terror, inspired by some of the genre’s classic films, and a new trailer has arrived to give you a glimpse into the rollercoaster of fear and carnage.

According to the official synopsis, the film is “a fiendishly fun rollercoaster horror film set between Boise, Idaho and Helsinki, Finland which follows our lead character Rex Coen played by Ben O’Toole (Nekrotronic), a man with a mysterious past who flees the country to escape his own personal hell – only to arrive somewhere much, much, much worse.”

Producers Brett Thornquest and Joshua Paul describe the film by saying: “What would happen if a character like John Wick walked into the home of a deranged family with dark secrets? This film aims to show audiences that exact answer on a unique ride like no other of its kind. The film starts with a bang, a few bangs actually… quite literally, then keeps the twists and turns coming. Hopefully, audiences have strapped themselves in and are ready for a ride, because if not… they are going to be thrown from their seats,”