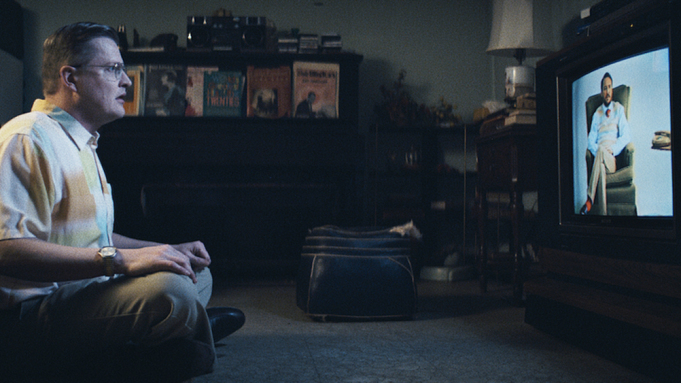 IFC Midnight has a reputation for deliver solid horror movies, and as the Halloween season kicks off, they are doing their part with the upcoming release of ‘Rent-A-Pal’ which will arrive on September 11th.

Directed by Jon Stevenson, the film is set in the 90s and tells the story of: “a lonely bachelor named David (Brian Landis Folkins) searches for an escape from the day-to-day drudgery of caring for his aging mother (Kathleen Brady). While seeking a partner through a video dating service, he discovers a strange VHS tape called Rent-A-Pal. Hosted by the charming and charismatic Andy (Wil Wheaton), the tape offers him much-needed company, compassion, and friendship. But, Andy’s friendship comes at a cost, and David desperately struggles to afford the price of admission.”