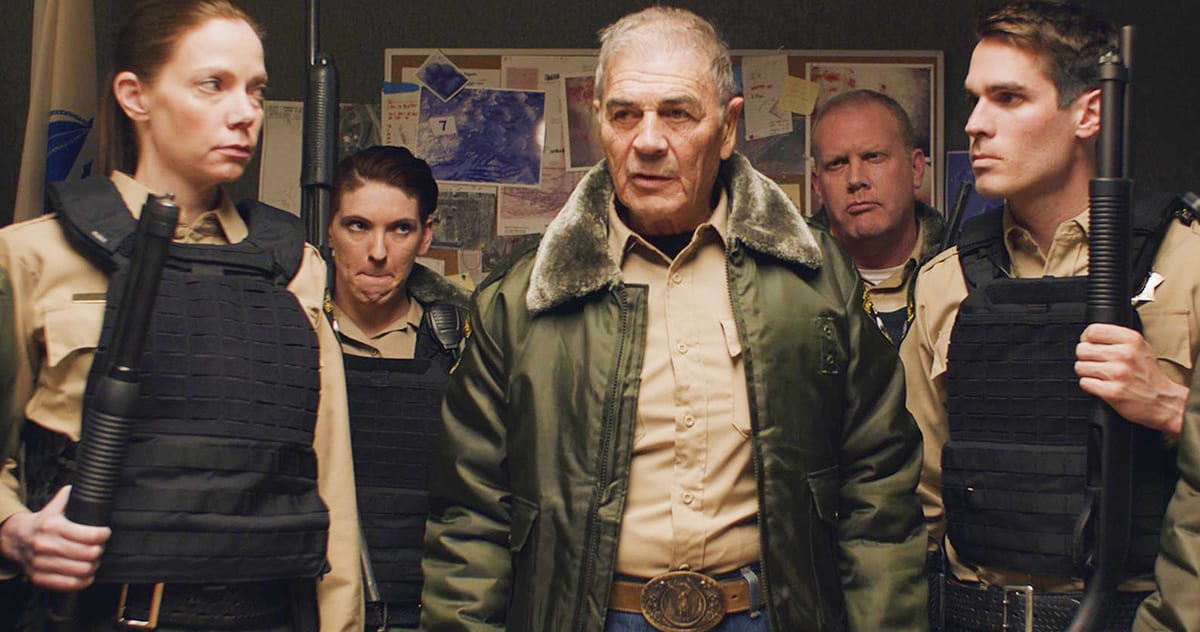 A brand new clip has arrived for Orion’s ‘The Wolf of Snow Hollow’, a werewolf film that marks the final performance of the late veteran actor Robert Forster. The movie is slated to hit theaters and on-demand on October 9th.

Starring Jimmy Tatro and Chloe East, the film is about “a small-town sheriff (Jim Cummings), who is struggling with a failed marriage, a rebellious daughter, and a lackluster department, who is tasked with solving a series of brutal murders that are occurring on the full moon. As he’s consumed by the hunt for the killer, he struggles to remind himself that there’s no such thing as werewolves.”