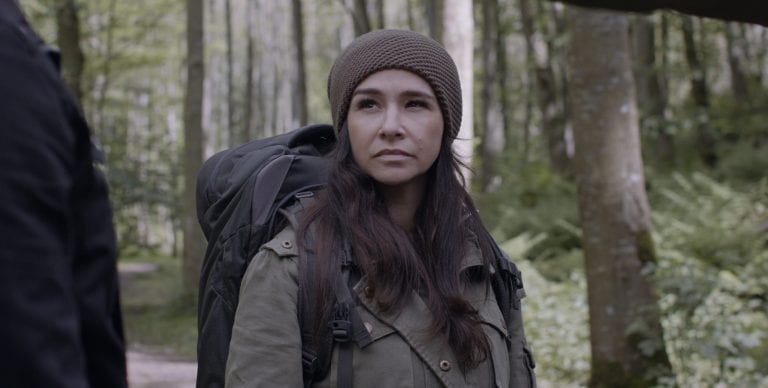 A new Red Band trailer has been unleashed for David Ryan Keith’s new horror ‘Redwood Massacre: Annihilation’, and it looks as gory as you may have imagined.

In the follow up to the 2014 film ‘The Redwood Massacre’ — “A stranger obsessed with the unsolved Redwood murders convinces a group of bereaved family members to venture into the wilderness in hope of proving the existence of the infamous killer. Their quest for truth sees a sinister turn of events.

“A blood-soaked fight for survival ensues when they find that the tales told of the axe-wielding manic are very real.”