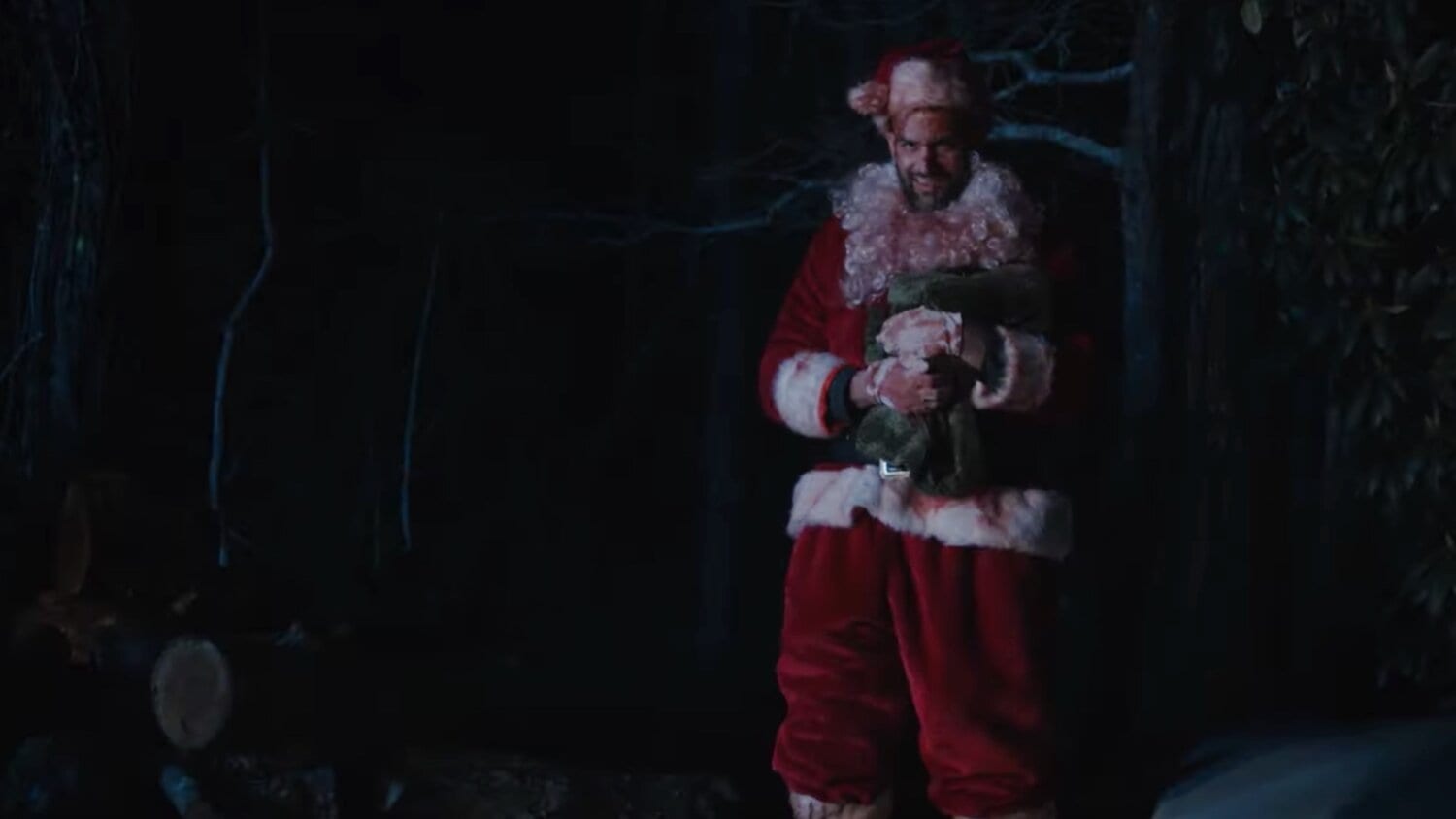 A new trailer has arrived for Nicholas Payne Santos’ horror-comedy ‘It Cuts Deep’, which marks his official directorial debut and is set to arrive in limited theaters and on VOD platforms on November 13th, via Dark Sky Films.

According to the rundown: “While on Christmas vacation, a young couple contemplates their future together. Ashley (Quinn Jackson) is interested in marriage and kids, which terrifies Sam (comedian Charles Gould). But when the handsome and paternal Nolan (John Anderson) enters the picture, Sam’s life spirals out of control as Ashley questions their relationship. Chaos reigns as Sam desperately clings to Ashley while fending off the threatening Nolan.”