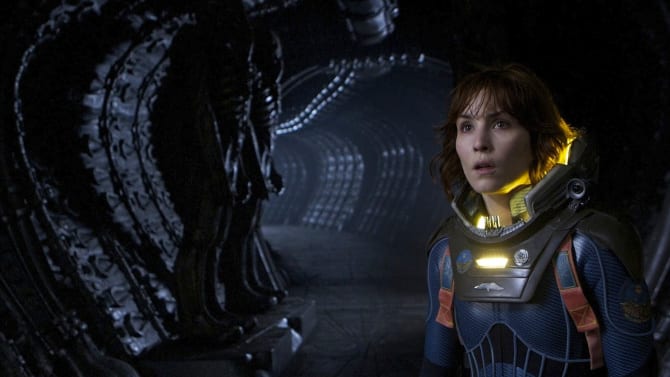 Netflix has announced a brand new film set to hit the streaming service, directed by Adam Berg, and now Noomi Rapace has been attached to the thriller titled ‘Black Crab’, according to Deadline.

The film is an adaptation of Swedish writer Jerker Virdborg’s thriller novel, and marks the directorial debut of Adam Berg, whose career has been in both music videos and in commercials.

According to the synopsis: “Set in a post-apocalyptic world during an endless winter, the film follows six soldiers who are sent on a dangerous mission across the frozen sea to transport a package that could finally end the war.”

Fans will remember Rapace from films such as ‘Prometheus’.

“I’m very excited to come back to Sweden and do Black Crab” Rapace said, per Deadline. “My first Swedish film in years. Can’t wait to get suited up and go on this journey – explore human shadows and slide through broken dreams and a world on edge. Survival to what price?”