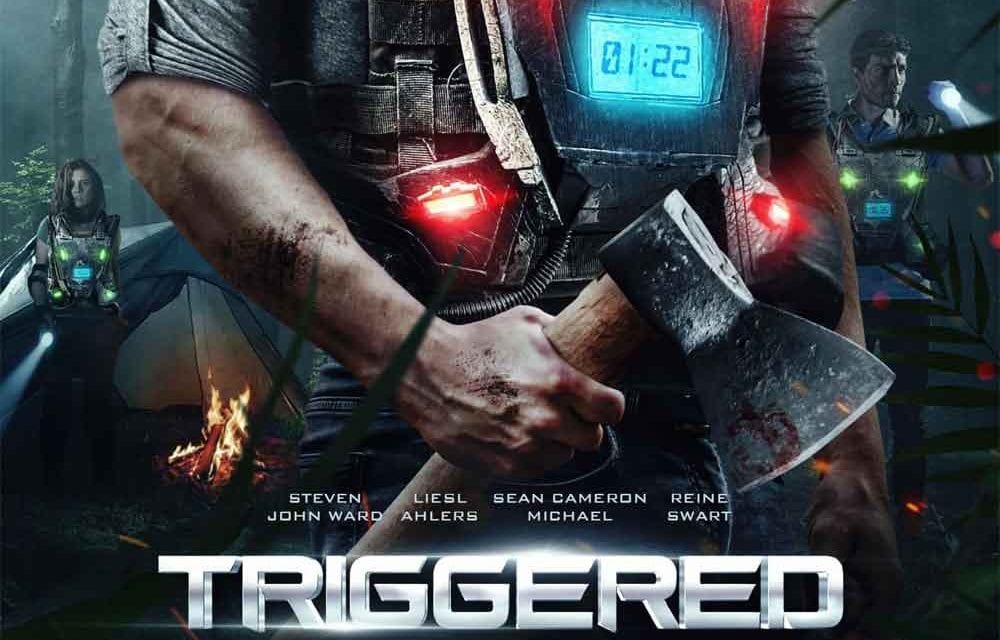 Triggered places a group of “Friends” in the middle of a wooded area and forces them into a Saw/Lord of the Flies scenario. Many secrets and true feelings/intentions are revealed during this recycled game of death. Each friend has a vest loaded with explosives attached to their chest with timers counting down and the only way to survive is to outlast the next person.
The only way to add time to each vest is to kill a “friend’ and have the most time remaining until everyone else dies. Triggered was very predictable and obnoxious. Plot that seems unnecessarily over the top and a lot of screaming that got annoying quickly. Each character has a back story that is either boring or predictable as this subpar “who done it” unfolds. This horror scenario isn’t fleshed out well with the hilarious but misplaced comedy/one liners and life or death pace “Triggered” tries to deliver.
With the timers that explode once they reach zero, the pacing and dialogue seems at times very unnecessary. The constant pointless bickering really ruins the immersiveness throughout the movie.
Fright Nerd Score
58.5 frights
0 Users (0 votes)
Summary
Triggered was a subpar attempt at a "Saw" style who done it suspense thriller/horror. It gets straight to the point before opening credits, so from the start you know what you're in for.
Fright Nerd Score58.5
What people say... Leave your rating
Sort by:

REVIEW: ‘The Dark and the Wicked’