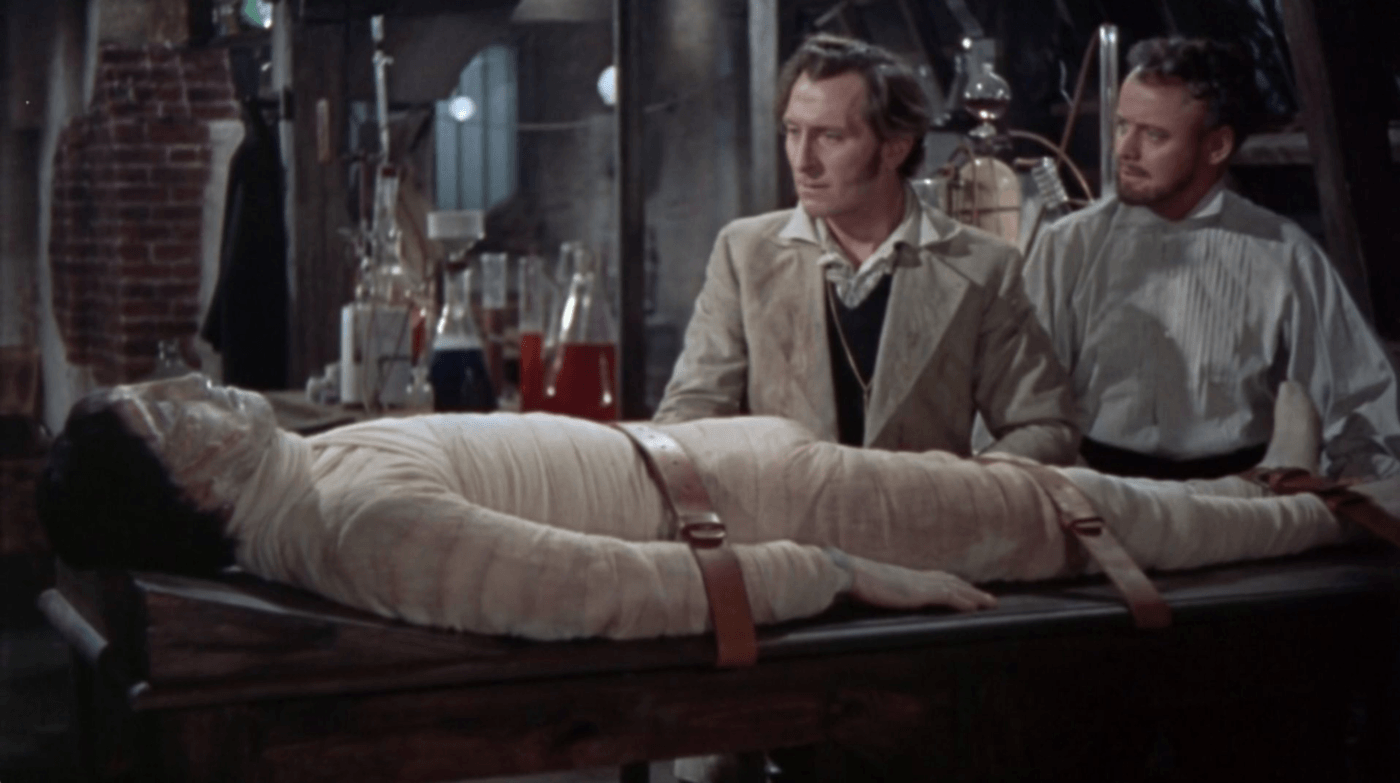 1957’s classic ‘The Curse of Frankenstein’ is set to be released in a special edition 2-disc set next month and it has been fully, and newly, restored by Warner Archive Collection, according to an official announcement.

“The first, and perhaps the best of the long-running series of horror films from the house of Hammer, Peter Cushing and Christopher Lee star in this landmark interpretation based on the famous Mary Shelley story. Baron Victor Frankenstein becomes friends with one of his teachers, Paul Krempe. At first, both men are fascinated by the potential of their re-animating experiments. Eventually, though, Krempe refuses to help with Frankenstein’s human experiments. However, he is drawn back into the plot when Frankenstein’s creature kills a member of the house staff.”

“For its U.S. Blu-ray debut, Warner Archive is proud to present this deluxe 2 Disc Special Edition, featuring two theatrical aspect ratio presentations, meticulously remastered and restored from preservation separations, as well as bonus disc with the restoration presented in “open-matte” format, as was seen for years on television, plus four exciting new retrospective featurettes, an expert commentary, and the original theatrical trailer.”

“The new presentation is derived from a recombination of separation masters scanned at 4K 16 bit by MPI, before undergoing full restoration and color correction.”

It is set to arrive on December 1st, and you can check out a video detailing the new restoration below:

In this article:The Curse of Frankenstein