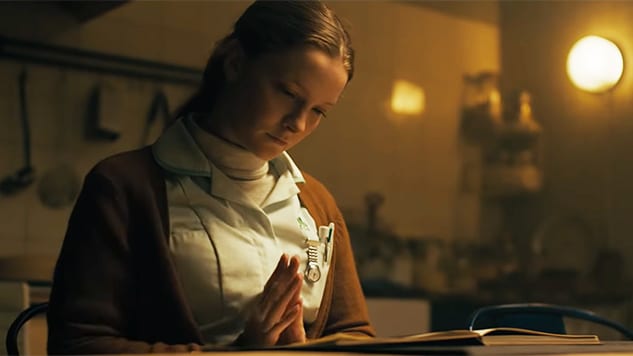 A24’s highly anticipated thriller ‘Saint Maud’ is scheduled to hit DVD and Blu-ray in February 2021 but only in the United Kingdom, with no release date set for the film in the United States.

According to the film’s official synopsis: “Maud, a newly devout hospice nurse, becomes obsessed with saving her dying patient’s soul — but sinister forces, and her own sinful past, threaten to put an end to her holy calling.”

The Blu-ray steelbook is exclusively available on Zavvi, and is currently available for pre-order. Here are the features included:

In this article:A24, Saint Maud