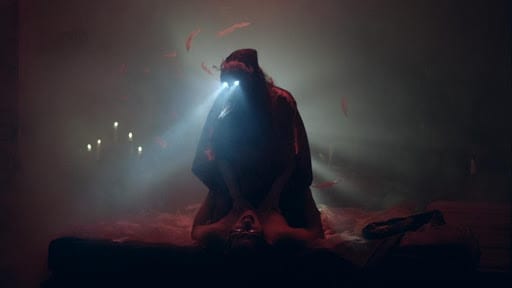 If you love your 70s nostalgia and goth, then the new trailer for Kevin Kopacka’s ‘Dawn Breaks Behind the Eyes’, which will make it’s debut at Arrow Video FrightFest, is going to give you all the positive vibes!

“Dawn Breaks Behind the Eyes is my love letter to gothic horror films of the 60s and 70s, drawing inspiration from classics such as Mario Bava’s The Whip and the Body or Jean Rollin’s The Iron Rose with a dash of obscure humor in the vein of Rainer Werner Fassbinder’s films such as Satan’s Brew and Chinese Roulette,” he said.

The film will join over 20 other films at the London-based event which runs from August 26 to August 30, 2021. You can check out the official trailer below.