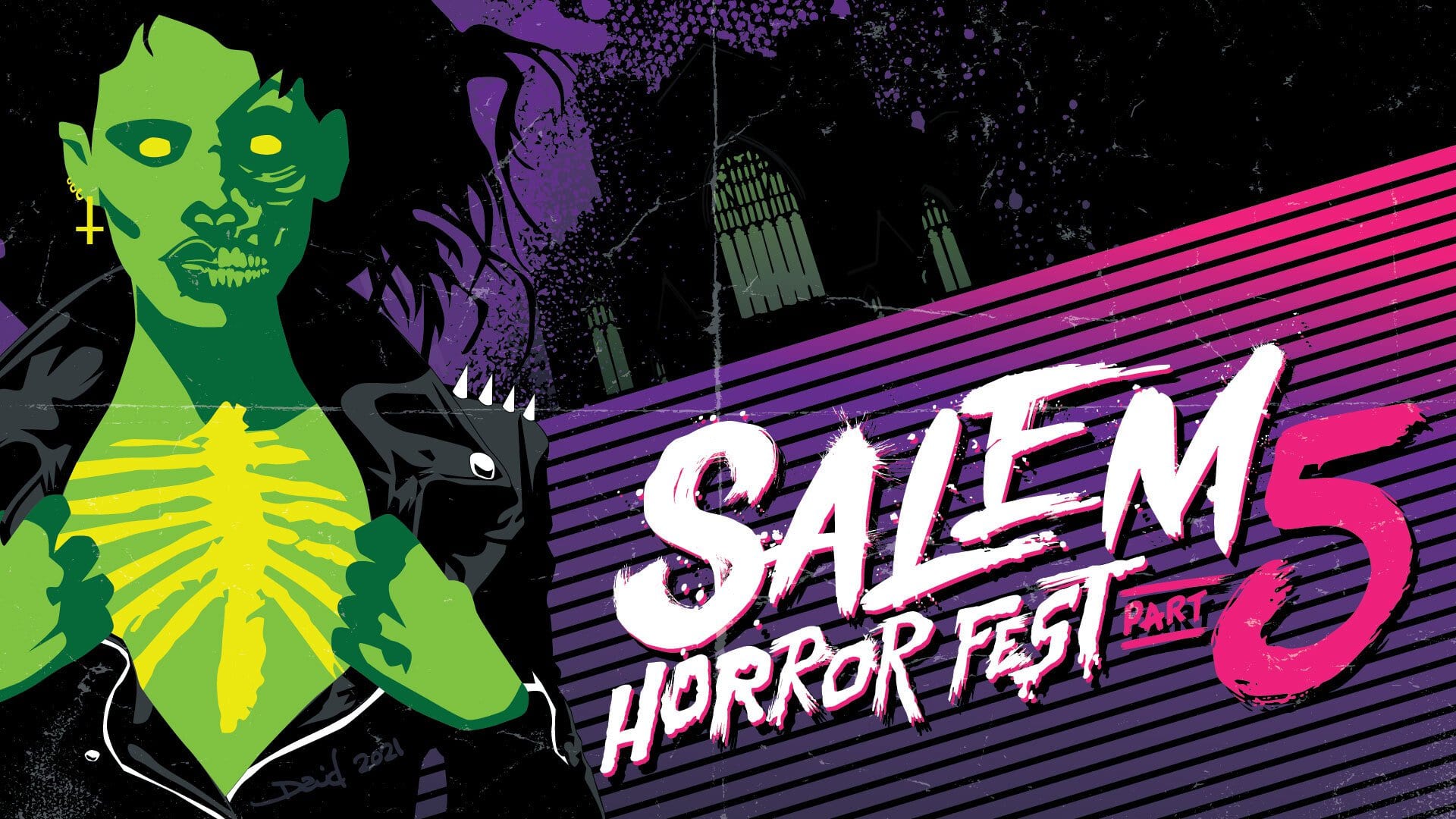 ‘Salem Horror Fest’ makes it return to the Horror capital of the world this October and has released their first programming schedule while also sharing details on their ‘Romero Lives’ annual celebration.

Here is the complete rundown:

Romero Lives, the annual retrospective celebrating the life and legacy of George A. Romero, will relocate from Pittsburgh to Salem for a curated month-long series dedicated to the Master of Horror in partnership with The George A. Romero Foundation. Events to include a screening of the newly restored ‘lost’ Romero film, The Amusement Park and the 100th episode of The Faculty of Horror podcast presented live.

The 2021 slate of independent filmmakers will compete to win a $1,000 cash jury award and be considered for The George A. Romero Fellowship program featuring industry mentors Mynette Louie (Swallow), Travis Stevens (Jakob’s Wife), and Jenn Wexler (The Ranger). New this year will be a showcase of Massachusetts filmmakers called Local Mass Hysteria. The next submission deadline is July 31, 2021.

“After a depressing year without movies on the big screen, we could not be more thrilled and eager to return to live events by honoring one of the most influential titans of horror with a showcase of talent set to prove that cinema remains, and will forever be, undead,” said festival director K Lynch.

For festival badges and more information about the selected films, visit SalemHorror.com. Additional events and program details to be announced throughout the summer.

A seemingly ordinary day at an amusement park turns into a living nightmare for an elderly man.

Tackling all things horror with a slash of analysis and research, horror journalists and occasional academics Andrea Subissati and Alexandra West are your hosts for brain-plumping discussions on all things that go bump in the night.

Sam and Mattie, two badass best friends with Down syndrome, rally the entire town of Providence RI to help them storyboard, script, produce, cast, and star in their own dream movie: ‘Spring Break Zombie Massacre.’

A couple wakes up at 6:45 each morning to the same nightmarish chain of events that lead to them being viciously murdered.

As she waits for her girlfriend to return home for their anniversary, Charlie discovers she’s trapped inside her apartment with an evil entity, and must fight for survival as nightmarish visions descend and a voice in the wall guides her towards a way out.

Five stories in which a mobile app will open the doors to mystery and horror.

After robbing a strip club, three desperate teenage girls lead a misogynistic Federal Agent on a lysergic cross-country chase, scoring a duffle bag full of money, drugs, and a crew of willing kidnapees along the way.

Six fame hungry actors are documented as they unknowingly trade their lives to star and die in an experimental horror film.

Scattered victims are thrust into the fight of their lives, when a hotel hallway is ravaged by a mysterious virus.

Evading police at a remote farmhouse after fumbling a robbery, four criminals discover that the family living there are not who they appear to be.

A young punk births a strange fleshy creature… it mocks him, hurts him, and takes over his whole world!

A fateful chain of events begin to unravel after two brash insurance salesmen go knocking on the wrong door and find themselves trapped in a stranger’s basement.

A fractured family are forced to face their demons, metaphorically and literally, as they unwittingly become embroiled in a man’s attempt to prove the existence of the supernatural in order to overturn a friend’s murder conviction.

Summoned to his soon-to-be demolished childhood home, Mason discovers a video camera that can see into the past, driving him to record as many memories as possible before the doomed house is destroyed.

A former drug runner battles supernatural assassins after taking a sick girl under his protection.

In the near future, an A.I. called URM is investigated by a detective and researcher for a lab about to release a contact lens with the power to record what the eye can see to recreate memories.

A troubled artist with a dark past attempts to make peace with her dying mother while investigating the mysterious death of her teenage sister.

A matriarchal witch passes on her sinister inheritance to her grand-daughter, triggering horrific curses.

When an African couple take a vacation to recover from tragedy, they find themselves terrorized by demons both real and supernatural. The house that was meant to provide refuge slowly stalks them, consuming their sorrow and trapping them in a nightmare.

After the disappearance of her girlfriend, a young trans woman comes into contact with an ancient evil.

The road to recovery is paved in blood for Rose Marlow — her own included. But tormented by the memory of her traumatic injury, she’ll try anything to keep herself alive.

Andrew, a delusional loner who dreams of killing all white men, returns to his hometown in the wake of family tragedy and goes on a murderous rampage.

A grieving mother holds on to her Catholic faith as her husband leaves to study and learn the secrets of an old New England cult.

In this article:Salem Horror Fest