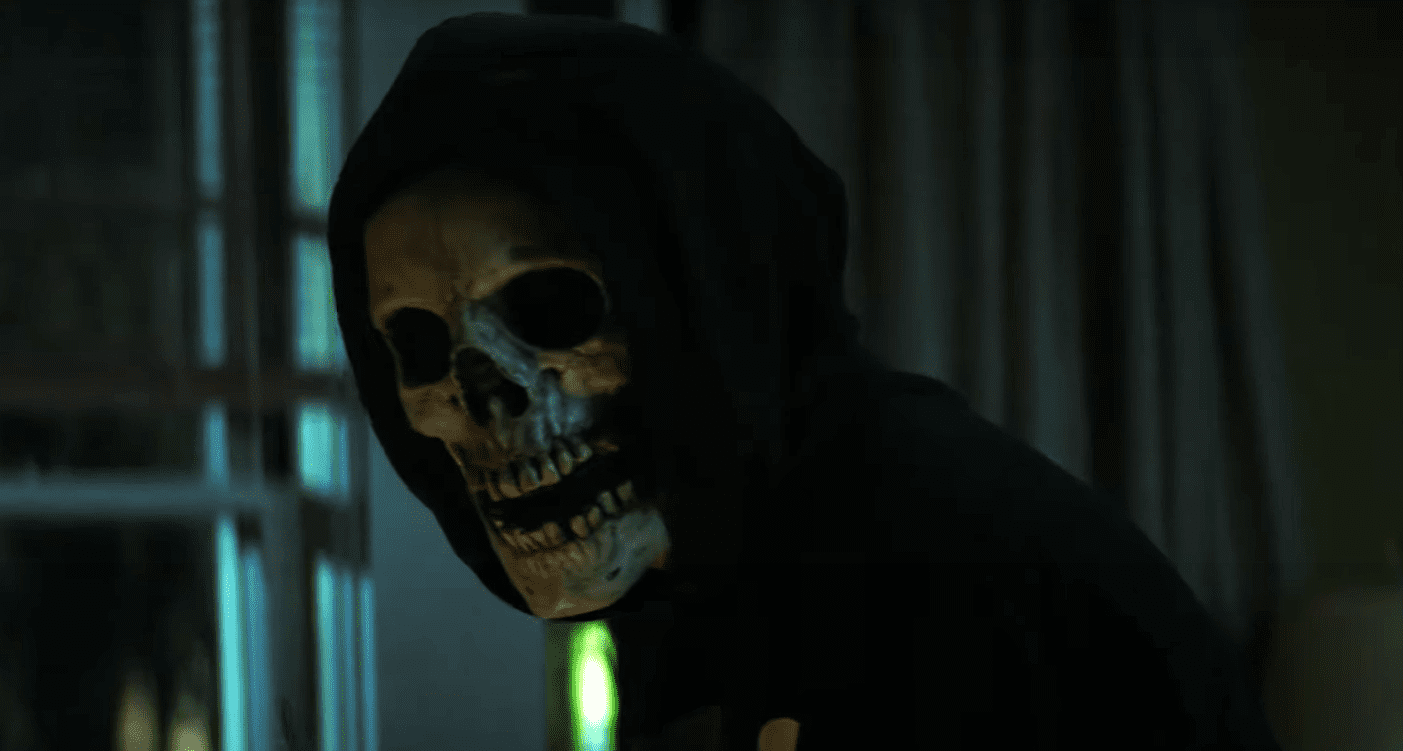 Netflix recently dropped a trilogy of horror movies that were set in different time periods, but would all eventually tie in with one another, the first entry being ‘Fear Street: 1994’ directed by Leigh Janiak.

The films starts off diving deep into the 90s nostaglia as a popular shopping mall is set to close. For those of you who lived in the 1990s, you understand just how vital shopping malls were in the social culture and just how popular grunge and alternative rock were during those times.

Both were on display in the opening sequence, with obvious nods to Spencer Gifts and Walden Books.

The campiness ensues and a killer donning a skull mask and outfit that seemed to be a nod to Ghostface from Scream, goes on a rampage with a knife, killing anyone in sight including his friend. Just as he is driving the blade into her chest and killing her, the killer is shot twice in the head by a responding officer….and thus starts the movie.

I’m not sure if it was by design, but it seems as though this movie was framed in the way that the horror movies of the 1990s were – a mix of campiness from the 1980s slashers and the predictable love stories that dominated 90s teen movies, but if it was, then this was spot on.

For an opening film in a trilogy intended to tie everything together, this did a good job of setting the table and showing that the real killer isn’t Skull Mask, or any of his compadres, but a witch who is intent on killing those that anger or disturb her, which will be explained in the other films.

While logic is often vacated, the movie has enough kills to keep you engaged to the last scene, which directly leads to the next film (and the credits).

The success of this movie will be tied to how the other 2 films play out, but as a stand alone this was kind of a bore.