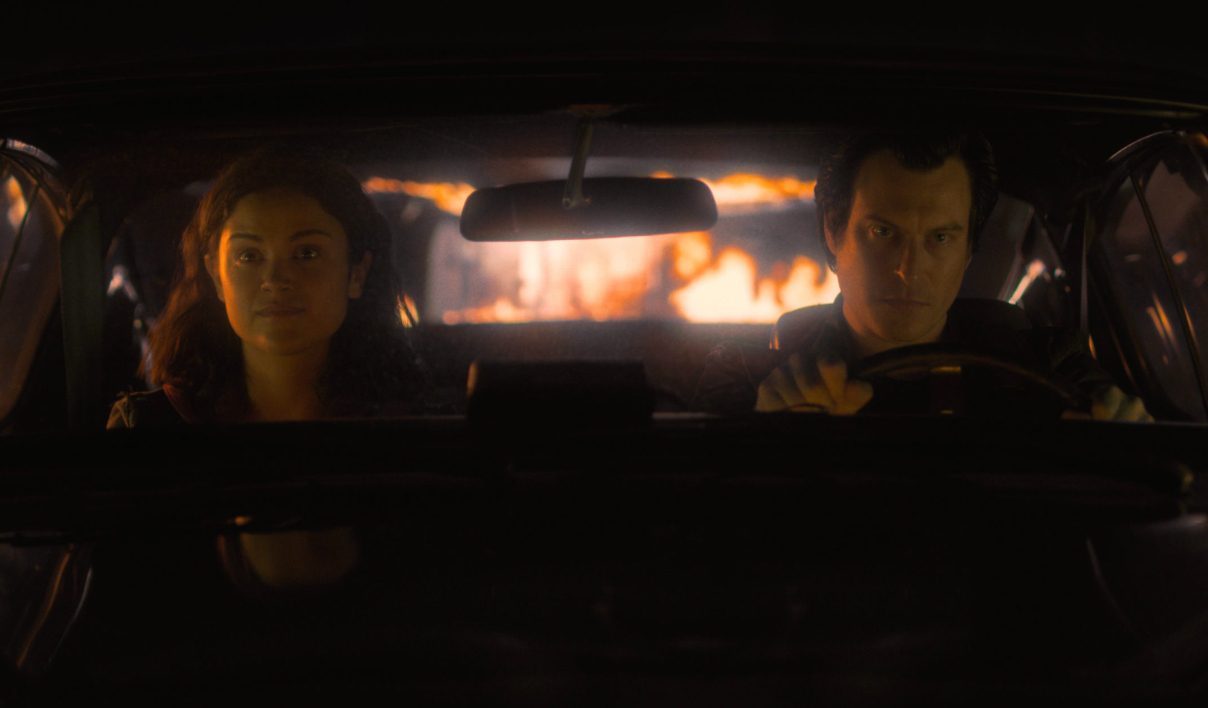 A brand new clip has arrived for Noah Segan’s upcoming horror film ‘Blood Relatives’ which will arrive as a Shudder Original on the horror streaming platform later this month on November 22nd.

In the film, Segan plays Francis, a 115-year-old Yiddish vampire, who still looks 35. He’s been roaming American backroads in his beat-up muscle car for decades, keeping to himself, and liking it that way. One day, a teenage kid, Jane (Victoria Moroles), shows up. She says she’s his daughter and has the fangs to prove it. They go on the road, deciding whether to sink their teeth into family life.