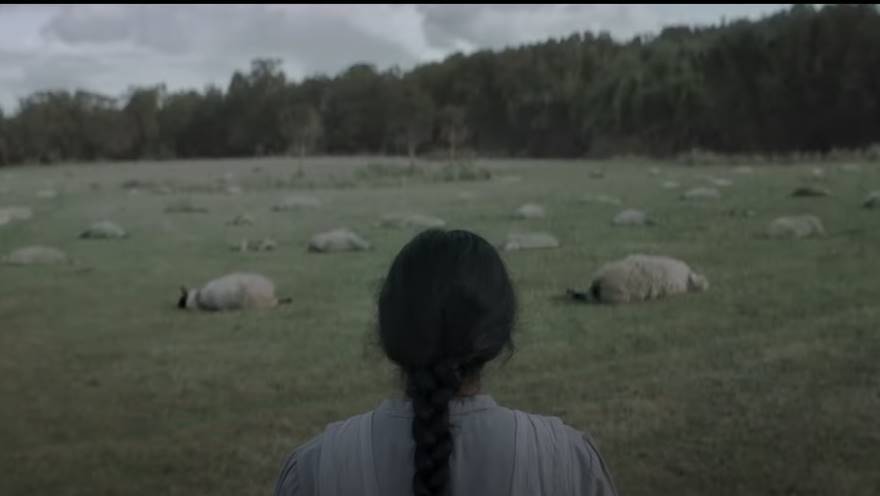 The Sundance Film Festival is already hyping up one of their official selections for this year, by debuting a brand new trailer for Christopher Murray’s ‘Sorcery’ which will make it’s run from January 19th through January 23rd.

According to the official synopsis: “On the remote island of Chiloé in the late 19th century, an Indigenous girl named Rosa lives and works with her father on a farm. When the foreman brutally turns on Rosa’s father, she sets out for justice, seeking help from the king of a powerful organization of sorcerers.”

“Chiloé Island, 1880. After her father is murdered by a German colonist, Rosa (newcomer Valentina Véliz Caileo), a 13-year-old Huilliche girl, renounces her Christian upbringing and seeks shelter with Mateo (Daniel Antivilo), the leader of an Indigenous organization that practices witchcraft. Under Mateo’s gruff yet tender tutelage, she learns the art of sorcery and vows to settle the score. Rosa’s vengeance leads to a brutal crackdown by the island’s Chilean Christian authorities and puts her on the path to discovering her dormant powers.

“Based on actual events, Christopher Murray’s dark decolonial fantasy is an enigmatic coming-of-age tale, rooted in the historical conflict between German settlers and the Huilliche people of Chile. Strikingly shot by cinematographer Maria Secco and co-written by Murray and Pablo Paredes, Sorcery conjures an atmosphere of mournful magic, while spinning a cautiously hopeful account of Indigenous resistance. As it follows young Rosa on her journey of self-discovery, the film walks the borderlands between grim history and supernatural fable. Antivilo delivers a quietly powerful performance as the stoic sorcerer Mateo, and Véliz is affecting as his determined protégé.”