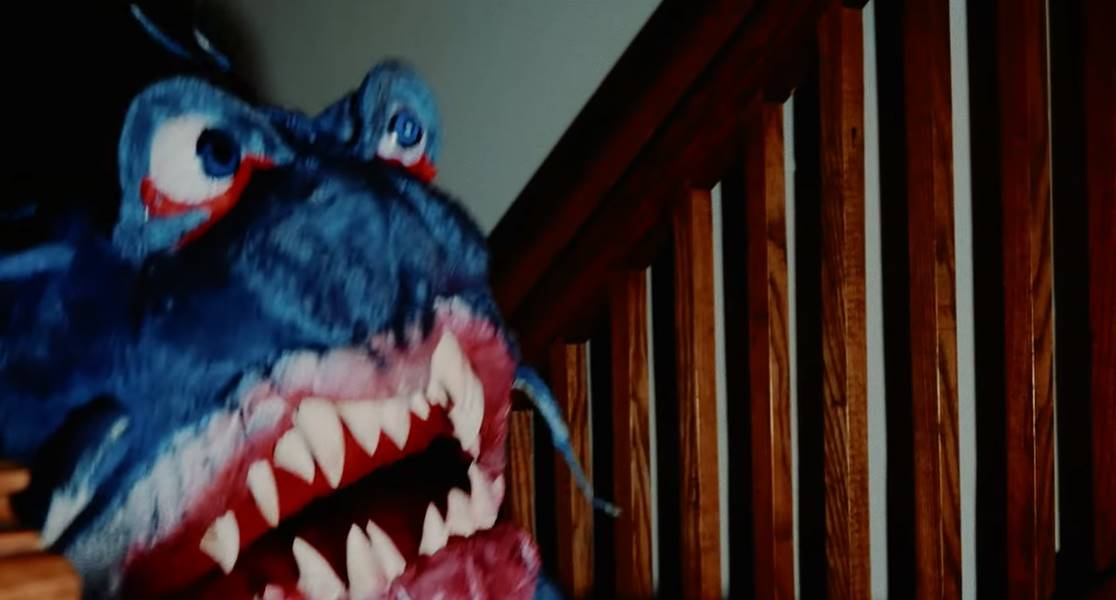 A brand new trailer has arrived for director Mark Polonia’s new creature feature ‘Doll Shark’ which is about a plush shark toy that goes on a murderous rampage and is set to terrorize on DVD via SRS Cinema on April 11th.

According to the official synopsis: “Sea Shark Swim, the red hot online music video, is all the rage in children’s entertainment, setting records across social media and top streaming platforms. One of its biggest fans, a young boy named Kirby, receives a special gift from his dad, the famed shark hunter Brock Banner – the doll from the show!

“However, Brock, thinking it would be a lucky charm, has hidden a tooth from a nasty shark he has just caught and killed inside the toy. Soon the doll becomes possessed by the spirit of the evil sea beast! As the child spends a weekend with a nasty babysitter, the doll comes to life, feasting on bodies and wreaking havoc on the unsuspecting household.”