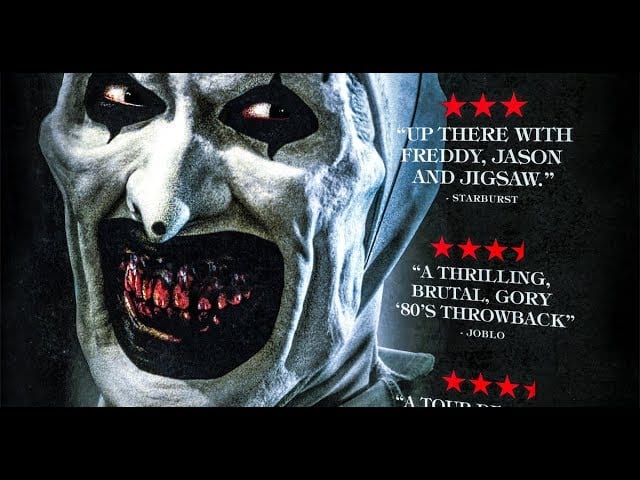 Damien Leone’s highly anticipated slasher film ‘Terrifier’ begins theatrical screenings this Friday and with a slew of positive reviews that include comparison’s to Jason Voorhees, Freddy Kreuger and Jigsaw, it has quite a lot to live up to.

While the film will be released in select theaters, it is certainly a film that has generated it’s fair share of buzz.

DreadCentral just dropped an exclusive trailer for the film that looks like it has plenty of scares and gore to keep us horror fans satisfied.