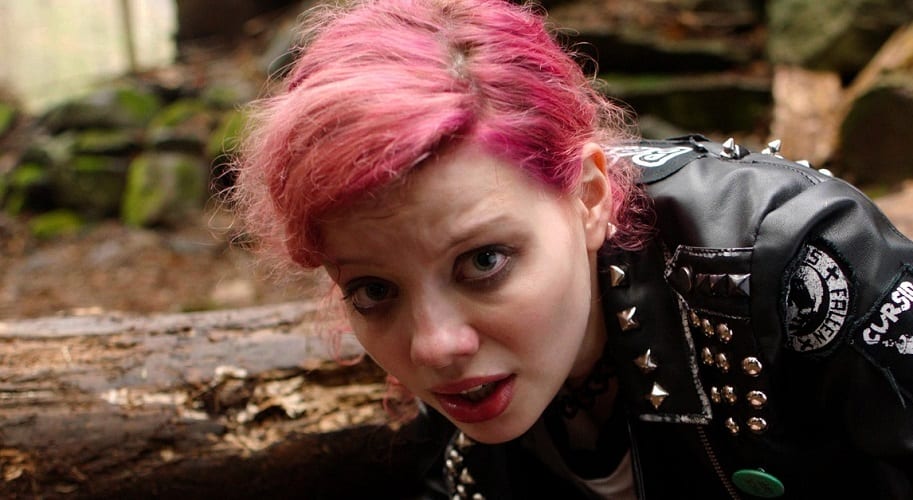 Jenn Wexler makes her directorial debut with the 2018 upcoming horror flick ‘The Ranger’ which is a fair warning not to go venturing into the woods and to avoid encountering woodland predators.

A group of young punk teens get in trouble with the cops and flee the city, on a hallucinogenic drug called Echo the teens choose to head into the woods thinking that they’ll avoid the authorities.

But, an unhinged ranger on a warpath decides to take it upon himself to make the group of unruly teens pay for their decision to step into the woods.

“Jeremy Holm plays the ranger,” Wexler said, in an interview with Entertainment Weekly.

“He’s in Mr. Robot and House of Cards and he’s just f—ing awesome. I can’t wait for people to see him in this movie. Chloe Levine, who’s in The Defenders and The OA on Netflix, plays one of the punks named Chelsea. Then we have Amanda Grace Benitez, who’s in All Cheerleaders Die, and Bubba Weiler, and Granit Lahu, and Jeremy Pope. It’s a great ensemble cast.”

Wexler penned the script with Giaco Furino, a friend of hers.

“We went to college in Philadelphia at the University of the Arts and this was his, like, senior screenplay,” Wexler explained.

“I was always so obsessed with the idea of punks vs. a park ranger. I felt that was something that should already exist in the world! [Laughs] There should already be some ’80s movie about punks that go up against a park ranger. So I always loved the concept, and then later, when I figured out how to make movies, I was like, ‘Yo, Giaco! Find that script and let’s make this!’”

The movie’s synopsis says that,

“When Chelsea and her friends get in trouble with the cops, they flee the city and go on the run. Fueled by a hallucinogenic drug called Echo, they hope to lay low-and get high-in an old family hideout in the woods. But Chelsea’s got reservations about going back to nature and secrets she’s not sharing with her friends. When a shot rings out, her past comes crashing back, and the punks find themselves pitted against the local authority- an unhinged park ranger with an axe to grind.”

Here is the official trailer that debuted at SXSW 2018

In this article:The Ranger