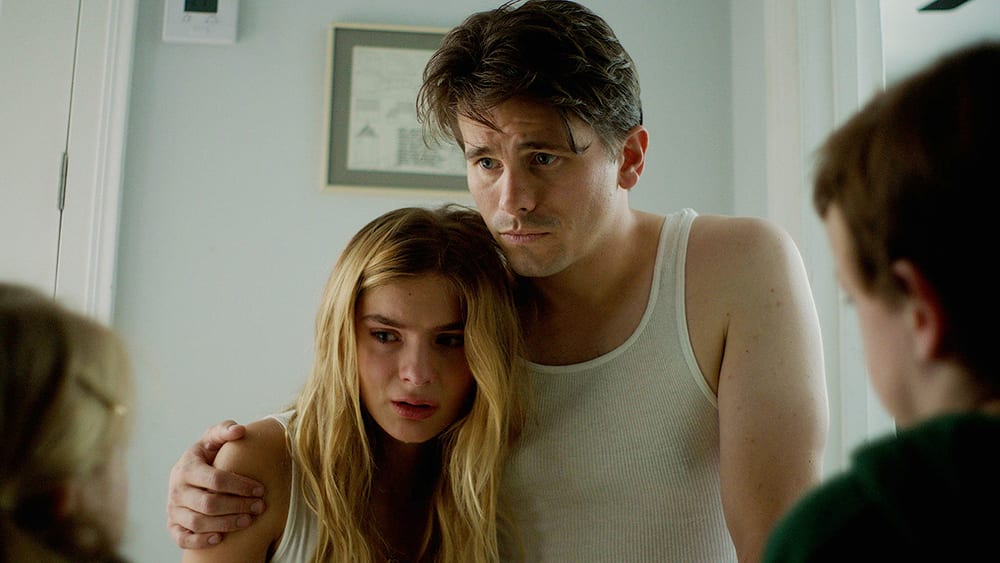 In the indie thriller ‘Bitch’, “Jill, a lonely, unfulfilled housewife with four children, paces on her dining room table with a belt around her neck, contemplating a desperate end. Her husband, Bill, focused on his identity as breadwinner and an affair with a lusty co-worker, is as oblivious to Jill’s growing terror that she will do something destructive as he is to the panic at his unraveling company. Meanwhile, dogs bark and howl through the night, as one persistent mutt continually stalks the family’s yard. When Jill’s psyche finally breaks, she takes on a vicious new canine persona, and Bill is forced to become reacquainted with his children and sister-in-law as they attempt to keep the family together during this bizarre crisis.”

It stars Jason Ritter, Jaime King, Marianna Palka, Brighton Sharbino, Rio Mangini, and Kingston Foster and you can see the official trailer below:

In the case of ‘Bad Match’, it’s about a terrible online-dating experience:

“Harris (Jack Cutmore-Scott, Dunkirk) seems to have it all—a great job, plenty of friends, and an active sex life thanks to a range of dating apps. But that all changes when he matches with Riley (Lili Simmons, “Hawaii Five-0”). Unlike Harris, Riley isn’t looking for a one-night-stand, and while at first, Harris just assumes she’s clingy, he’s about to find out the truth is something far more sinister. From writer-director David Chirchirillo (Cheap Thrills) comes this gripping and fresh take on the date from hell that will make you think twice before swiping.”

In this article:Bad Match, Bitch