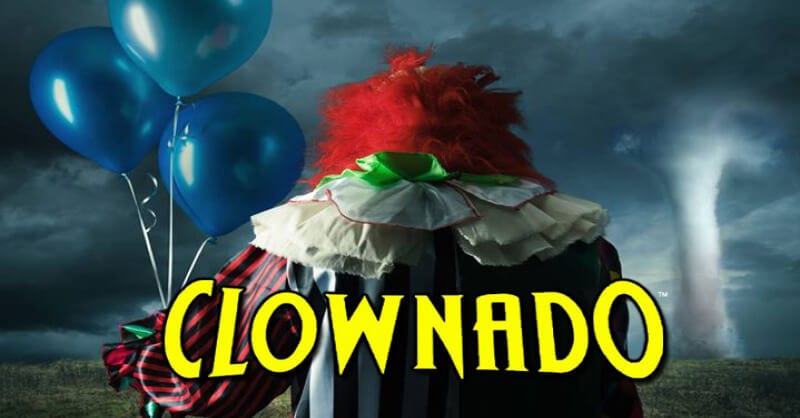 So, killer clowns may be the “it” thing, thanks mostly to the success of Stephen King’s ‘It’ and a social media craze that had people dressing as clowns to scare friends and strangers alike.

But Todd Sheets’ new film may be taking the biggest bite out of the “Clown Hype Cake” with his new movie ‘Clownado’. No, you didn’t read that wrong. No, it’s not a typo.

‘Clownado’ is most definitely a thing thing, and will come to life if an Indiegogo and a GoFundMe campaign can raise the necessary funds to finish it.

It doesn’t take a rocket scientist to determine that ‘Clownado’ will be just like ‘Sharknado’, except instead of blood-thirst sharks, killer clowns fresh off an escape from Hell will be on a killing spree.

Now, we just have to wait and see if this happens to reach completion.

Related Topics:ClownadoTodd Sheets
Up Next

‘The First Purge’ Trailer Takes You Back To The Beginning