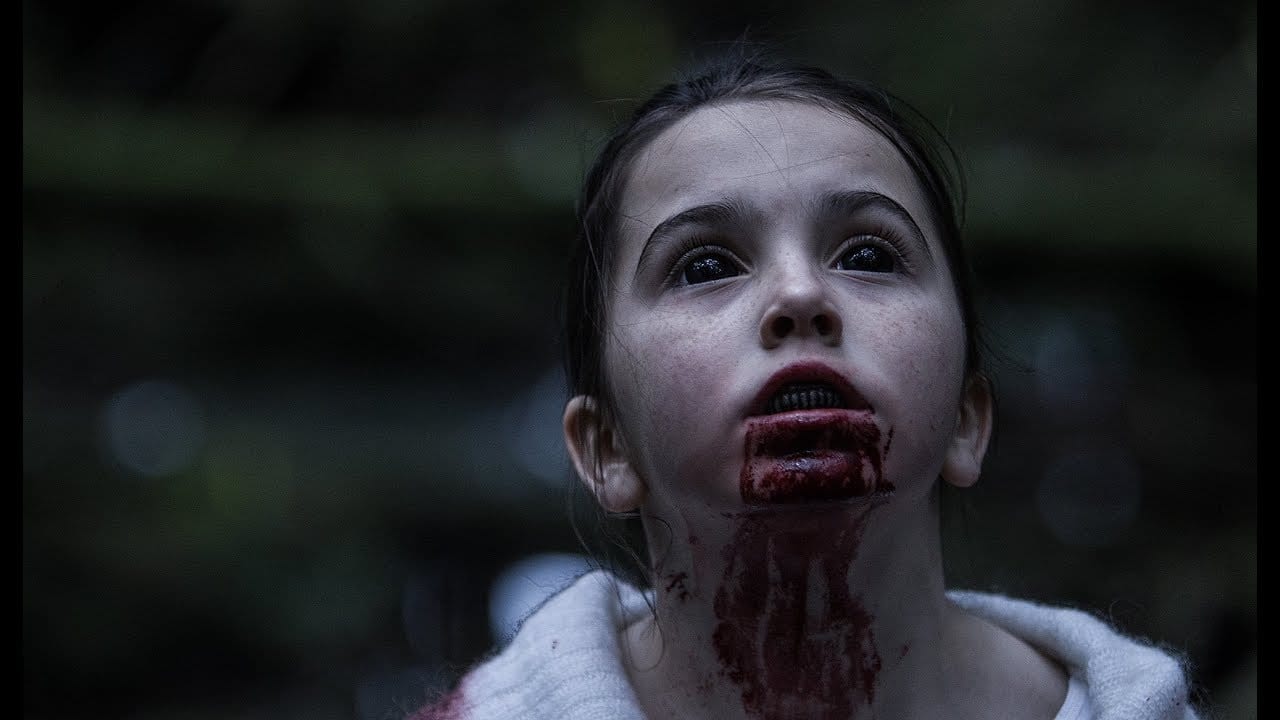 Last night, I got a chance to check out the horror-flick ‘The Hollow Child’ which received middle-of-the-road reviews and is available on VOD.

Per the movie’s synopsis, A troubled foster teen works to expose a dangerous supernatural impostor in her new family and rescue her foster sister.

The move starts off centered around Samantha (Jessica McLeod), who is a troubled foster teen that is getting a chance at normalcy in the home of, what I assume to be, her foster care worker, her husband, and their daughter, Olivia (Hanna Cheramy).

Samantha is in charge of walking with her new sister as they both head home from school, but constantly allows young Olivia to walk, at least half of the route, home on her own as Samantha parties with her friend.

During one of these instances, Olivia goes missing and Samantha bares the brunt of the blame, rightfully so, and the ire of her foster parents, mainly her foster dad who makes it clear that he is not on board with Samantha staying at the house.

Samantha is dealing with a lot, and is a cutter, and the film focuses on her struggles at various points throughout the film.

Olivia randomly returns to the home, apparently unharmed, but she is obviously different.

Something happened in the woods, something is controlling Olivia, and that something has very evil intentions.

The movie goes on to show Olivia’s evil demeanor, which is played well by the young Cheramy, and the balancing act that Samantha has to do: dealing with blame, guilt, trying to convince others of Olivia’s new demeanor, trying to prevent Olivia from doing harm, and trying to figure out what happened to her sister.

As the movie goes on, Olivia’s evil actions grow more vile. Olivia goes on a killing spree, showing her “other” side forcing Samantha to have to try and protect her friends, and loved ones.

A side-story focuses on the mysterious evil force that inhabits the forest, and it’s history of destruction.

The film is simplistic in it’s delivery,which is effective. There are only a couple of moments that make you look at the film side-eyed, as there are some rather ridiculous moments, but the totality of it, it’s approach, and it’s delivery, are worth a watch.

The ending may leave you guessing, but the movie is definitely worth the rent.

Fright Nerd Score
65 frights
Summary
The film is simplistic in it's delivery,which is effective. There are only a couple of moments that make you look at the film side-eyed, as there are some rather ridiculous moments, but the totality of it, it's approach, and it's delivery, are worth a watch.
Fright Nerd Score65

In this article:Hanna Cheramy, Jessica McLeod, The Hollow Child