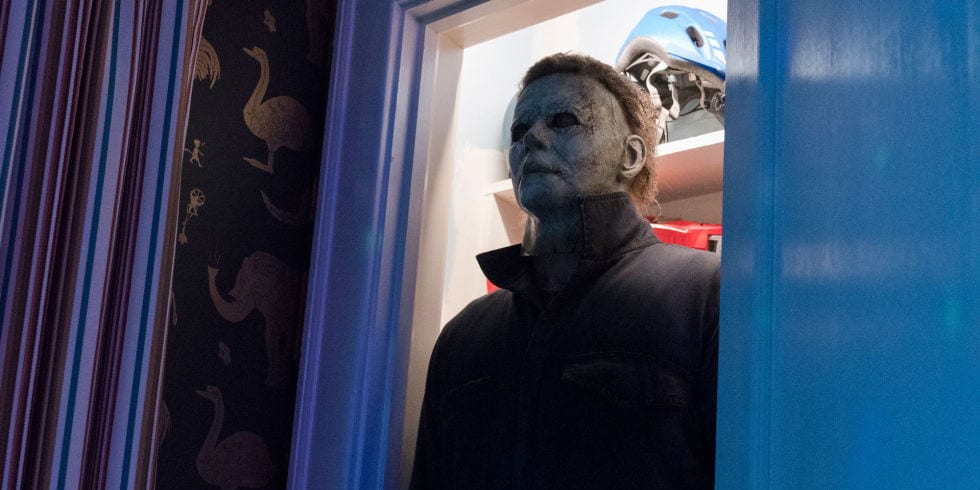 I got the chance to see the new Halloween movie, and it came with a ton of hype ahead of it’s nationwide release, but did it live up to the lofty expectations?

David Gordon Green’s movie was meant to be a direct sequel to John Carpenter’s original and it was packed with homages to the first classic film, including the opening credits which reminded me of the initial entries into the iconic series.

Michael Myers has been kept in a psychiatric ward for 40 years, ever since that faithful night in Haddonfield, and it set to be transferred to a new facility where he can live out the final days of his life. Myers had been under the care of Dr. Loomis’ successor, Dr. Sartain (Haluk Bilginer) who has made Myers is his life’s work and his obsession, wanting to understand the pure evil that exists within Myers.

On the flip side, Laurie Strode (Jamie Lee Curtis) has been in seclusion since her horrific experience, training herself in arms and combat, and turning her property into a secure battlefield and bunker, awaiting the day that she encounters Myers again. This life has drove a wedge between her and her daughter Karen (Judy Greer) and put she granddaughter Allyson (Andi Matichak) in the middle, at times.

To her family, and most of the community, Strode is a nutcase.

During transport of Myers, the prison bus crashes and Myers is again set loose on Haddonfield, ironically, on Halloween, and immediately picks up where he left off in a brutal killing spree. Myers even reunites with his mask along the way, which seems to only accelerate his psychosis.

The movie starts to go off rails the moment Myers hits the streets of Haddonfield again. The pacing, the subtlety, the build, and the tense moments that made the original so memorable, were absent from this new entry, and it severely hurt the film.

Despite a stellar performance from Curtis, and despite a handful of gruesome kills, Myers lacks the suspense, lacks the terror, and lacks any real volume. He’s just a dude that is hard to kill, that wants to kill everyone in sight, and that’s unfortunate for such an iconic movie character.

Not even a solid twist properly resonated, and brought on laughter more than it’s intended affect.

While Halloween is watchable, it fails to be what it should be, and although it ranks much higher than Rob Zombie’s take on the films, it still falls short of truly bringing back Myers to the forefront of the horror world, and that’s what really holds this film back.

Naturally, there is room for a sequel, but if this same team gives it another try, I suggest they look at the original less for homage scenes and more for structural direction.

Fright Nerd Score
65 frights
0 Users (0 votes)
Summary
While Halloween is watchable, it fails to be what it should be, and although it ranks much higher than Rob Zombie's take on the films, it still falls short of truly bringing back Myers to the forefront of the horror world, and that's what really holds this film back.
Fright Nerd Score65
What people say... Leave your rating
Sort by: