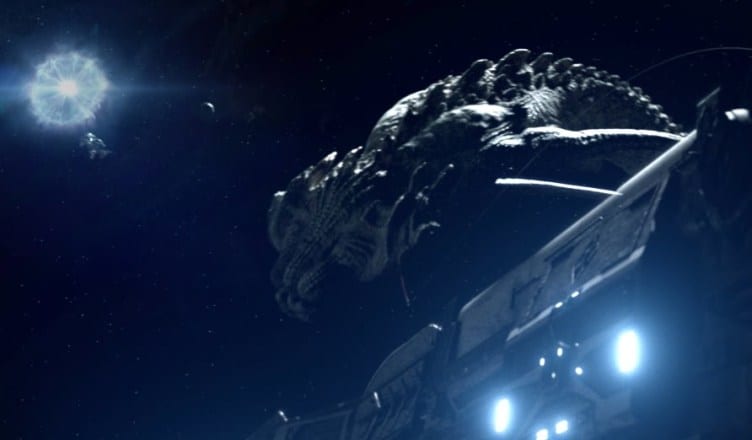 Vertical Entertainment’s recently acquired ‘Beyond White Space’ dropped a brand new trailer that shows off the terror hovering around in space during the sci-fi thriller that is arriving in theaters and also on demand on December 14th.

“During its final harvest of the season, a deep-space fishing vessel encounters a rare creature, mammoth in size and highly territorial. Matters get worse when a vicious band of scavengers intercept the vessel, leaving them with nothing. With no cargo and few supplies, the crew makes the daring decision to venture into uncharted territory and attempt to capture the creature for a large black-market take.”