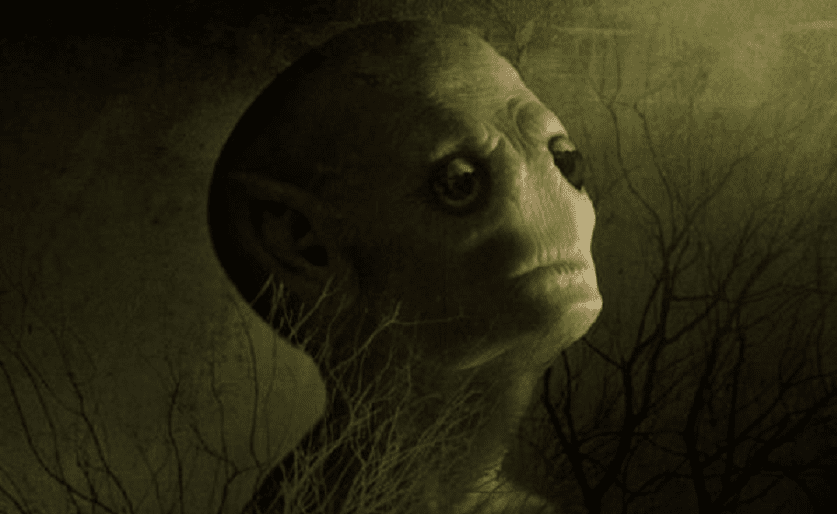 A brand new documentary is set to arrive on streaming platforms such as YouTube, Vimeo, and Amazon Prime on January 18th.

Planet Weird’s ‘Hellier’ explores the mysterious events and happenings in the heart of the Appalachian coal country.

“In 2012, paranormal investigator Greg Newkirk was contacted by a frightened man named David, who claimed that small, humanoid creatures were emerging from a long-abandoned mine shaft on his rural Kentucky property. After enduring a series of nightly assaults by the strange entities, David shared a collection of stunning photographs of three-toed footprints – and even the creatures themselves. Then, David disappeared.”

“In the years that followed, the case only became stranger for Newkirk and his wife, Dana, as they fielded more emails from mysterious figures and tracked down historical leads from Appalachian locals. Then, in 2017, prompted by an impossible synchronicity, director Karl Pfeiffer and fellow investigator Connor Randall rendezvoused with Greg and Dana to unravel the dangling threads of the mystery once and for all. They travel into the shadows of the Appalachian mountains, to the source of it all, where a dwindling town named Hellier buries its secrets in the ancient caverns deep beneath the earth.”

“Aided by reluctant locals, cutting-edge parapsychological methods, and a trail of breadcrumbs left by occultists and UFO researchers decades before, the investigators uncover a mystery with frightening and far-reaching implications: the phenomena is bigger than Hellier, and someone – or something – has noticed them.”