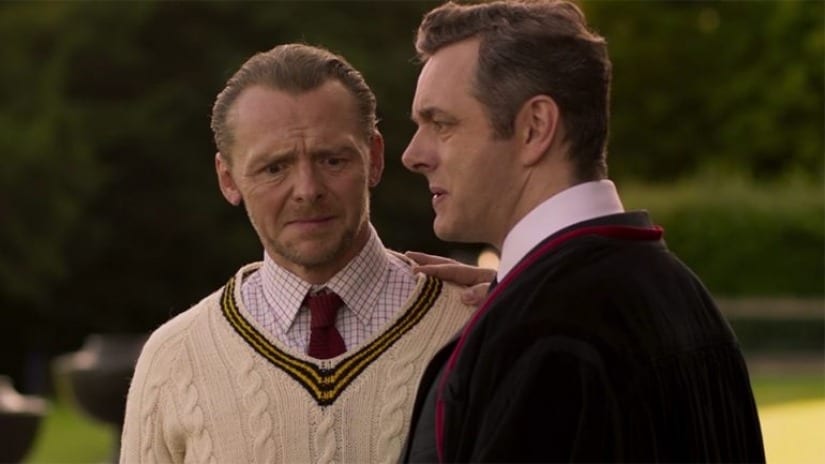 Last year, ‘Slaughterhouse Rules’ launched in the UK starring Simor Pegg and Nick Frost, who you know from films such as Shaun of the Dead, and it has finally made it’s way to the United States.

The film will arrive in select theaters and on DVD from Sony Pictures Home Entertainment on June 18th, and to promote the film’s arrival, a new trailer has arrived.

“Welcome to Slaughterhouse, an elite boarding school where boys and girls are groomed for power and greatness…and they’re about to meet their match. This ancient and ordered world is about to be shaken to its foundations – literally – when a controversial frack site on prized school woodland causes seismic tremors, a mysterious sinkhole and an unspeakable horror is unleashed. Soon a new pecking order will be established as pupils, teachers and the school matron become locked in a bloody battle for survival.”