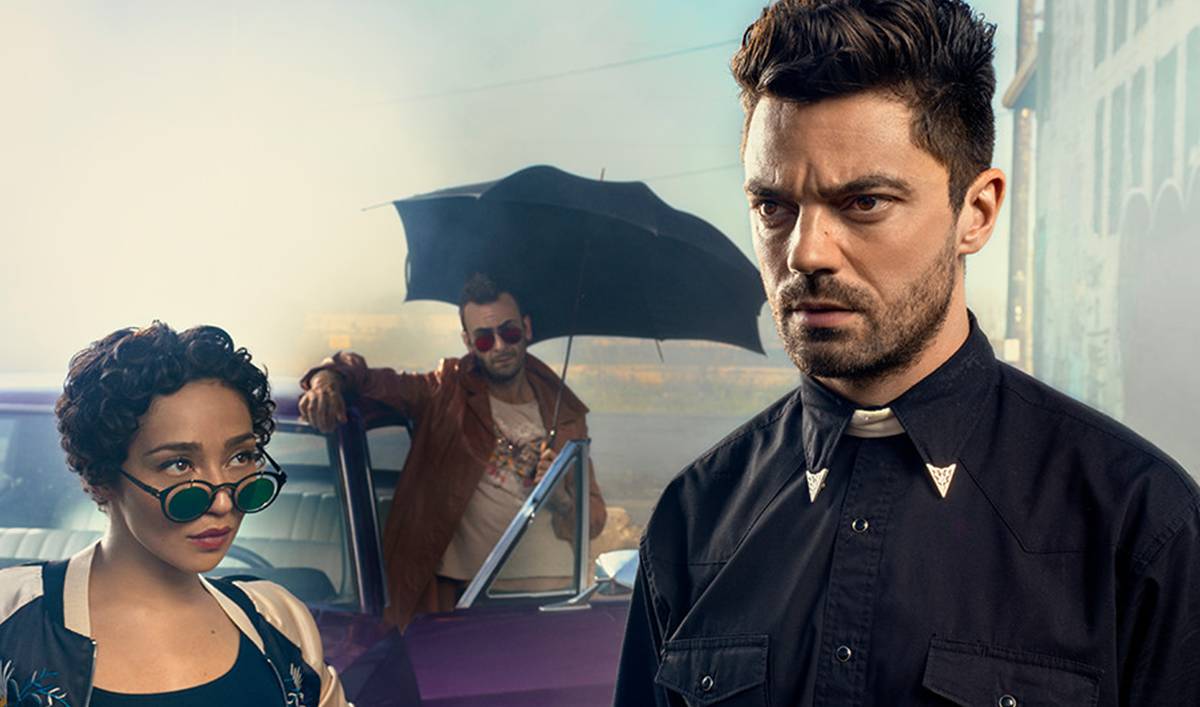 A brand new trailer for ‘Preacher’ has dropped at ComicCon, and it gives fans a new look into what AMC has in store for the fourth and final season.

“As the series inches closer to the finale, God’s endgame for the universe begins to click into place. Trapped between heavenly prophecies, hellish prisons, and all-out nuclear war, Jesse (Dominic Cooper), Tulip (Ruth Negga), and Cassidy (Joseph Gilgun) make their bloody way to the Most High. Whether they can reach God in time — or whether all this carnage is part of His divine plan — will soon be revealed as Preacher barrels towards the end of the world.”

The fourth season kicks off on August 4th.