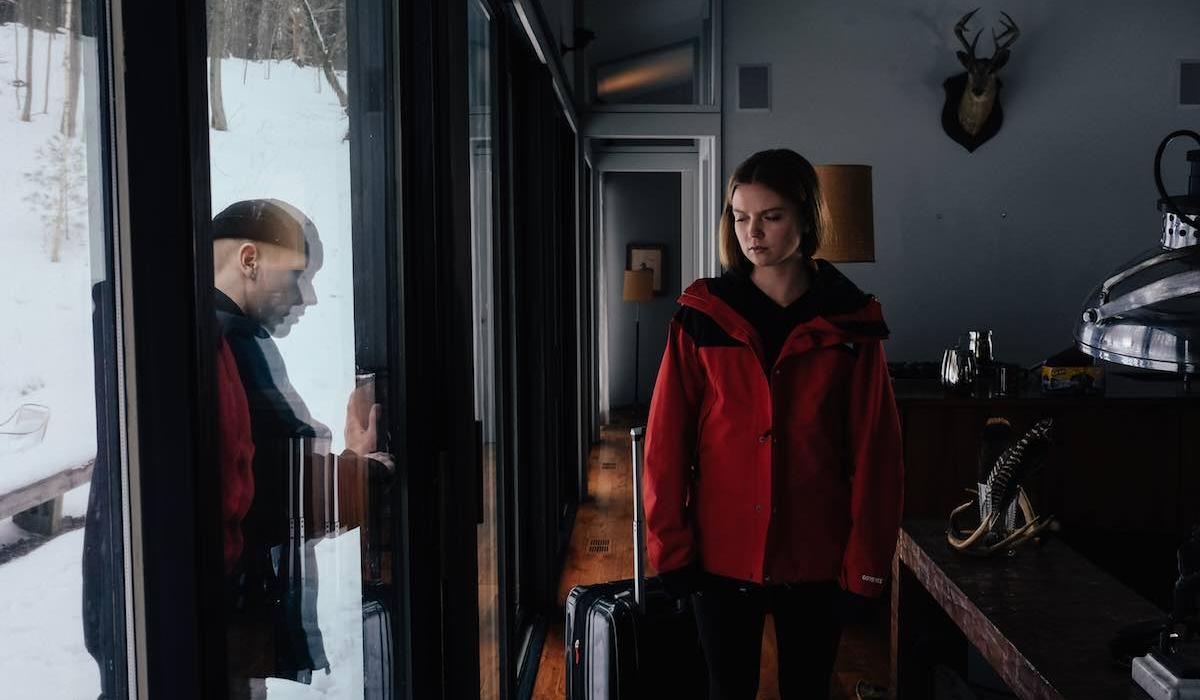 The short film ‘Glass Cabin’ is preparing to make it’s world premier at Screamfeast in Los Angeles, California this October and a new trailer has arrived to build the hype.

According to the synopsis: “Scarlett (Revell Carpenter), a tennis player, practices her craft at a tennis retreat in Upstate New York. She has rented a cabin made of glass, near the gym where she’ll be training. When she arrives, she meets David (David Mar Stefansson), the caretaker. Scarlett finds herself alone and isolated during an unexpected blizzard. Her phone can’t get any signal and when she does get a bar, her phone calls go unanswered. David returns after some time saying the snowstorm has closed the roads. He asks if he can stay at the cabin. Scarlett realizes she doesn’t have anyone to turn to. Has he cut the telephone wires? Is this home invasion? Will Scarlett go to the extreme to save herself from the attacker she believes David is?”