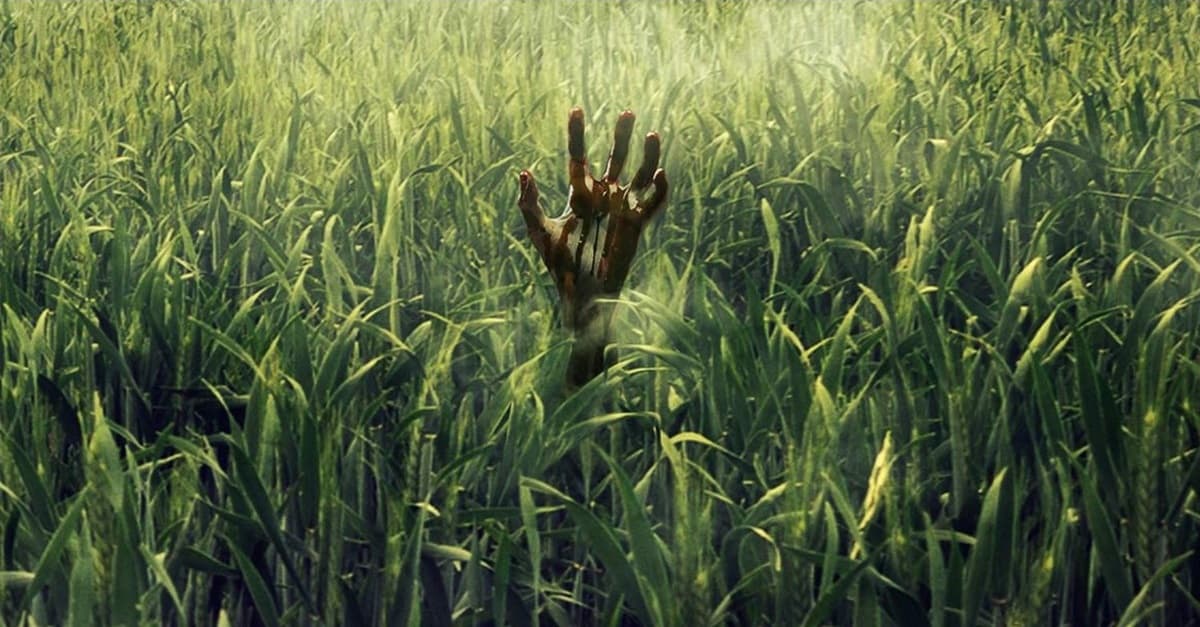 Stephen King has been killing it (no pun intended) when it comes to the movie adaptations of his classic novels, and the latest story to be turned into a film is ‘In the Tall Grass’ which hit Netflix recently.

Vincenzo Natali is behind the camera for the adaptation of Stephen King and Joe Hill’s novella, and it came with a lot of hype.

Starring Patrick Wilson, Laysla De Oliveira, Harrison Gilbertson, Avery Whitted, and Rachel Wilson, the film tells the story of: “After hearing a boy’s cry for help, a pregnant woman and her brother wade into a vast field of grass, only to discover there may be no way out.”

The film starts off strong, with a brother (Cal) and sister (Becky, who is pregnant) hearing the panicked cries of a young boy who seems lost in a field of very tall grass. After some debate, they both decide to venture in and try to locate the lost boy (Tobin).

Tobin, and something else, turn the two siblings in circles, disorientating them and separating them. Despite their call-outs, communication, and attempts to reconnect, they cannot find one another.

Along the way, Tobin appears, near his dead dog Freddy, but Becky meets a sinister fate….or does she?

This is where the film rolls off the cliff from interesting and engaging, to confusing and messy.

As the journey continues, we find that Becky, Cal, and Tobin aren’t alone in the grass, as Tobin’s parents Ross and Natalie, along with Becky’s boyfriend Travis, also find themselves seemingly trapped.

Not to mention, there is a mystic rock in the center of the field, one with ritualistic markings and some sort of power that is activated when touched. But, don’t touch it…I guess?

While waiting for the scares and tense moments, you slowly come to the disappointing realization that you’re just watching a bunch of people, dead and alive (depending), run around in the grass in what seems like a time warp that they cannot escape? But maybe they can?

It’s hard to tell. But this film does do one thing: proves that not all of Stephen King’s work should be made into films, as this one is simply anti-climactic and rather dull.

But, hey, give it a go. Maybe you’ll find your way to some sort of meaning or understanding of what this was/is, better than I could.

Fright Nerd Score
45 frights
0 Users (0 votes)
Summary
While waiting for the scares and tense moments, you slowly come to the disappointing realization that you're just watching a bunch of people, dead and alive (depending), run around in the grass in what seems like a time warp that they cannot escape? But maybe they can?
Fright Nerd Score45
What people say... Leave your rating
Sort by:

In this article:In the Tall Grass