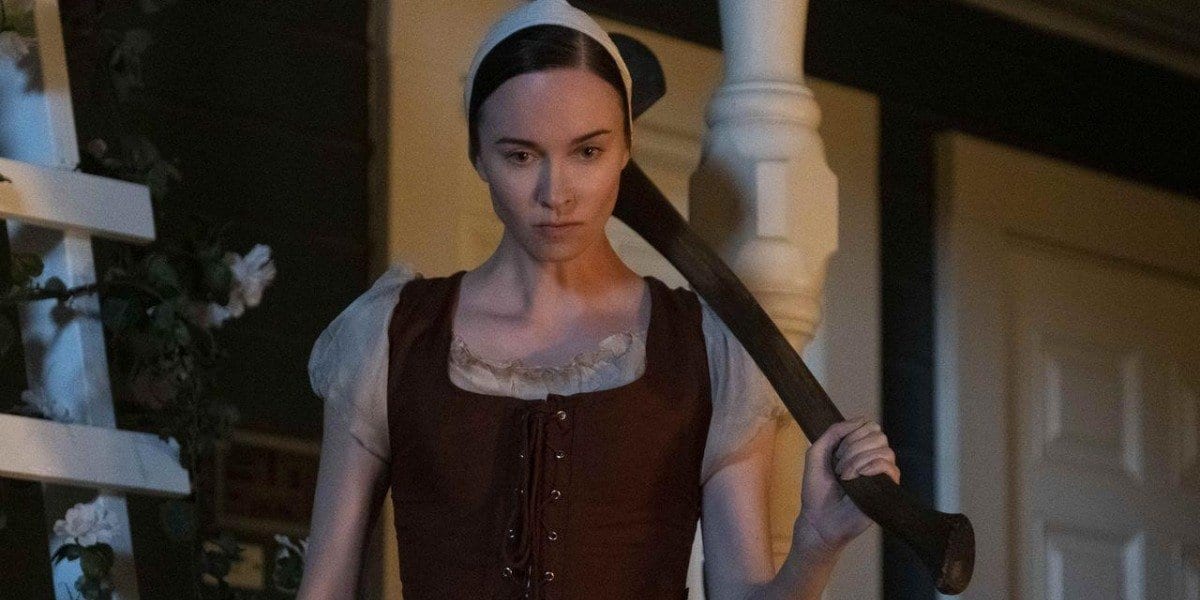 A trailer has arrived for the next installment of the “Into the Dark” series, and this time Marcus Dunstan is at the helm for the telling of tale, “Pilgrim”.

According to the rundown: “Inspired by true events, in an attempt to remind her family of their privilege and help them bond, Ms. Anna Barker invites Pilgrim re-enactors to stay with them over Thanksgiving. When the ‘actors’ refuse to break character, the Barker family learns that there is such a thing as too much gratitude.”