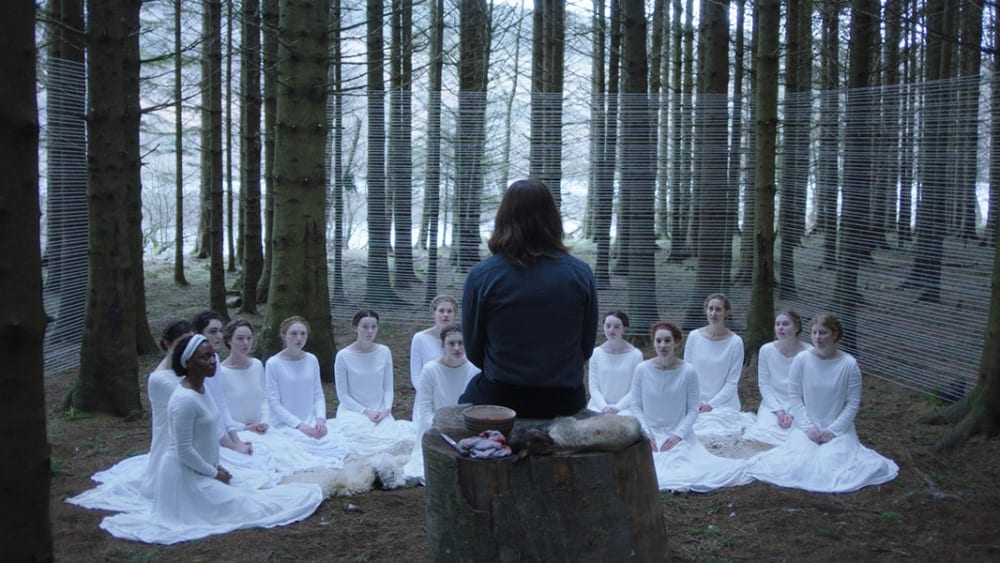 A clip has been released for IFC Midnight’s ‘The Other Lamb’ which marks the English-language debut of Malgorzata Szumowska and written by Catherine S. McMullen.

Arriving on digital platforms and VOD on April 3rd, 2020, the movie is about: “The members of The Flock – all women and female children– live in a rural compound, and are led by one man, known only as Shepherd (Michiel Huisman). Selah, a daughter who is on the cusp of teenage-hood, is given the great honor of participating in the sacred ritual of the birthing of the lambs – upon which they depend for survival – where she has a shocking and otherworldly experience. She begins to have strange visions that make her question her own reality, and everything the Shepherd has taught her and her sisters.”

You can check out the clip courtesy of Bloody-Digusting below:

Related Topics:The Other Lamb
Up Next