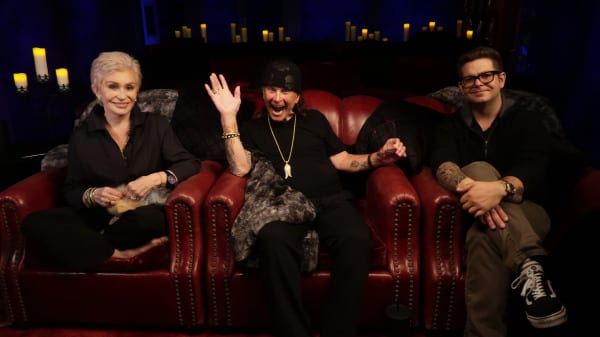 Nearly two decades following The Osbourne family creating their smash hit reality show on MTV, Ozzy Osbourne, Sharon Osbourne, and their son Jack are set to embark on a new series, with a completely different tone.

Debuting on the Travel Channel on August 2nd at 10pm EST, Jack will attempt to convince both Ozzy and Sharon that the paranormal is real in ‘The Osbournes Want to Believe’

“We see if I can poke at my parents” Jack says, in an interview with Variety. “It’s actually going to be a lot of fun.”

Kelly Osbourne will not be taking part in the series.

“Everyone’s timne is very limited with what we can do work-wise, so don’t know if there could be more than these episodes.”

Jack will show both Ozzy and Sharon clips of phenomena for them to review and commentate.

“I was a big ‘X-Files’ fan – the biggest nerd ever. I read all the books, watched all the episodes. And so, for me, as a kid, it was like a nerdy hobby – the paranormal, and UFOs, and ghosts.”