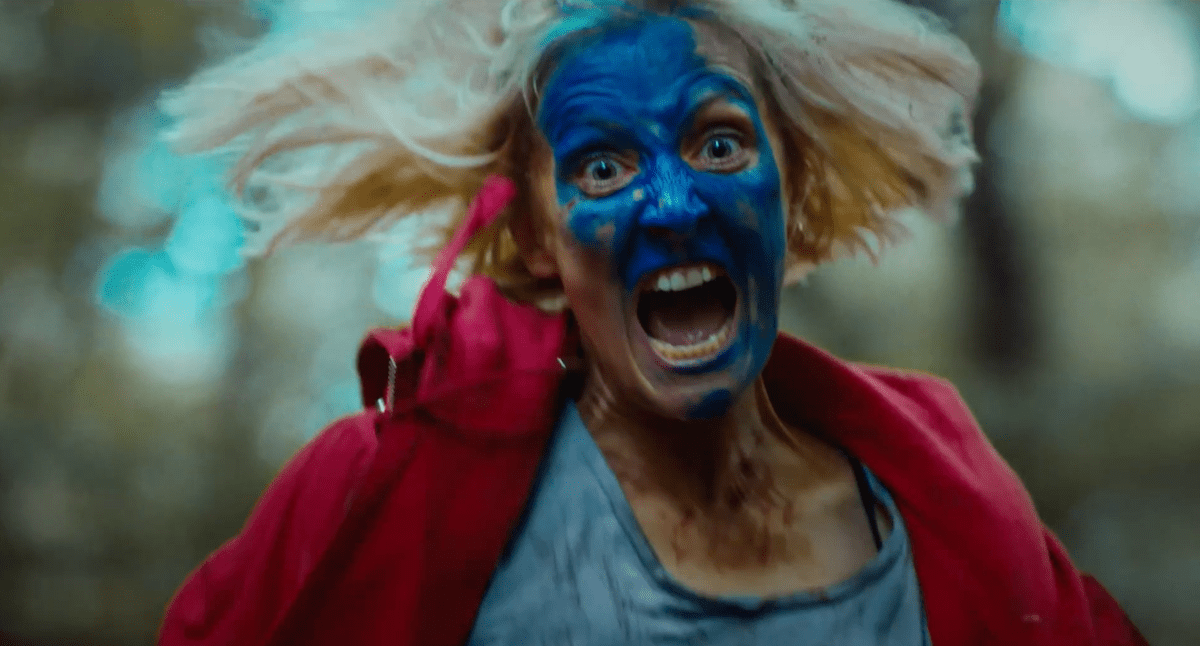 Shudder is preparing for the arrival of their survival-horror that takes a new approach on the classic tale of Little Red Riding Hood, and a new trailer has been released for Vincent Paronnaud’s ‘Hunted’.

According to the rundown: “Eve meets what she thinks is a charming guy in a bar. Yet things go terribly wrong once she realizes she’s come across a psychopath and his puppet accomplice. They engage in a deadly chase until she decides to fight back with the forest acting as her ally.”

The film officially hits Shudder on January 14th and you can check out the trailer below: