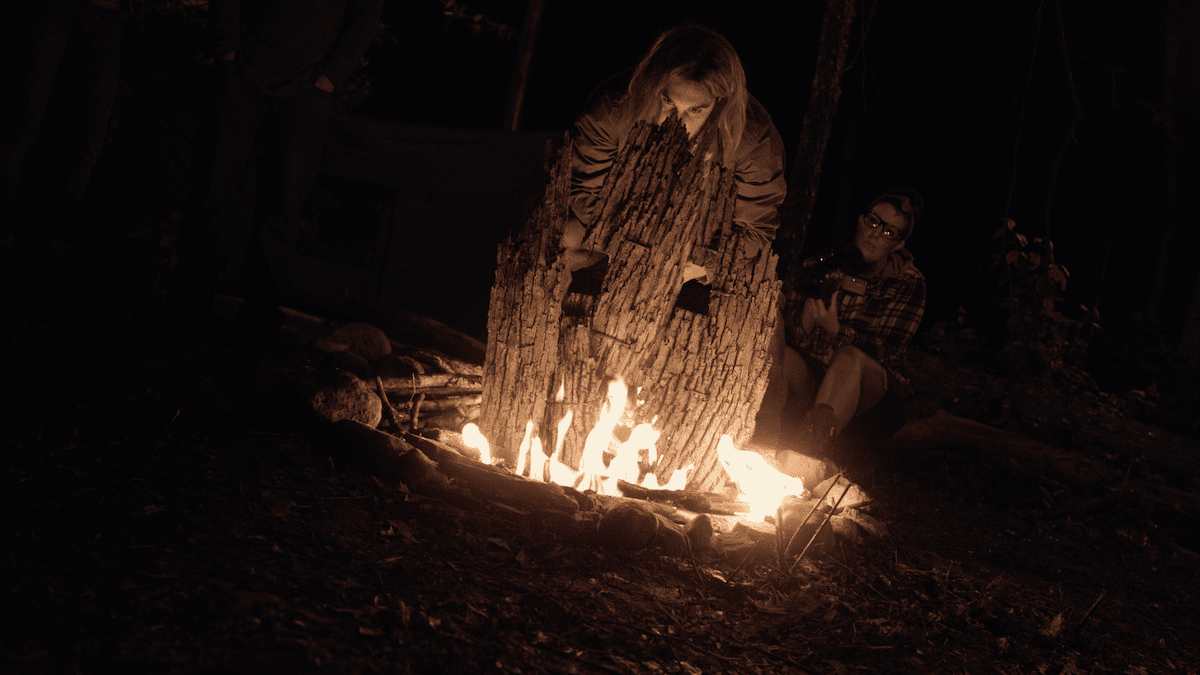 A brand new trailer has been released by Freestyle Digital Media for the upcoming horror ‘Red Woods’ which is set to arrive on demand on internet, cable, and satellite platform providers on February 5th, 2021 before it arrives on Blu-ray on February 9th.

According to the rundown: “Red Woods follows a group of urban explorers who gather in Pennsylvania’s Redstone County Forest to capture footage of abandoned houses and tell their stories. But these “house chasers” get more than they bargained for when, after a series of grisly discoveries, they become the subjects of a different kind of story… one in which they are the ones being chased. Trapped in a swathe of woods so remote there’s only one way in or out, they quickly discover there is evil in their midst. One among them has devised an insidious plot to construct a tale of terror using his victims’ own footage – and their fates will lie at the whim of his deadly game. With cameras rolling, they must navigate a killer’s “playground” of destruction, because their escape is not part of his script.”