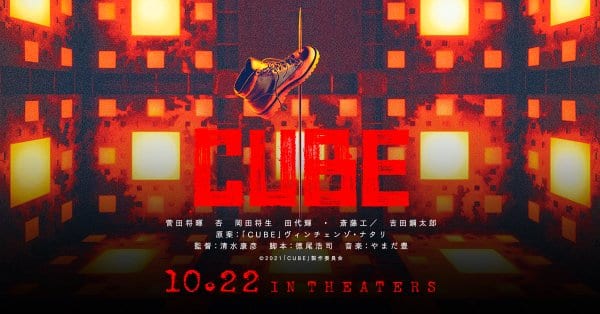 Directory Vincenzo Natali has announced that he is the executive producer of the Japanese remake of his 1997 sci-fi/horror ‘CUBE’ which will be directed by Yasuhiko Shimizu, according to his official Twitter page.

According to the movie’s official website, “A mysterious cube. 6 men and women are suddenly trapped in Cube. It’s unclear where this is, why they are trapped, whether there is an exit, whether they can survive, or what the room even is.”

The movie is set to arrive in Japan on October 22nd, and you can check out the official trailer below: