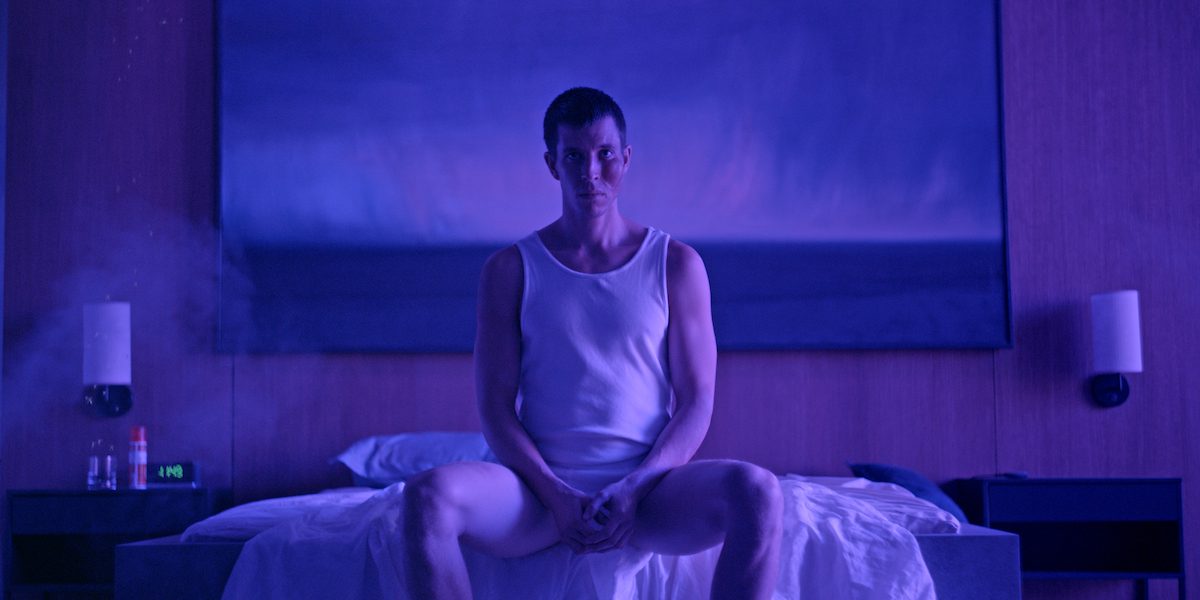 Shudder is ramping up it’s hype machine for the upcoming horror ‘Mosquito State’ which is coming exclusively to the horror streaming platform on August 26th. Last week, we shared a new clip from the film.

According to the official synopsis: “Isolated in his austere penthouse overlooking Central Park, obsessive Wall Street data analyst Richard Boca (Beau Knapp) sees ominous patterns: His computer models are behaving erratically, as are the swarms of mosquitos breeding in his apartment, an infestation that attends his psychological meltdown.

“On Wall Street, they’re called ‘quants’—the intense data analysts whose mathematical prowess can make the difference between a fortune and a flop. Consumed with his work, Richard doesn’t often stray from his office or apartment. But when Richard decides to go to a company party, he makes two acquaintances: the mysterious, sylphlike Lena (Charlotte Vega) and one pesky mosquito, both of which take root in his mind, altering his existence in profound ways.”