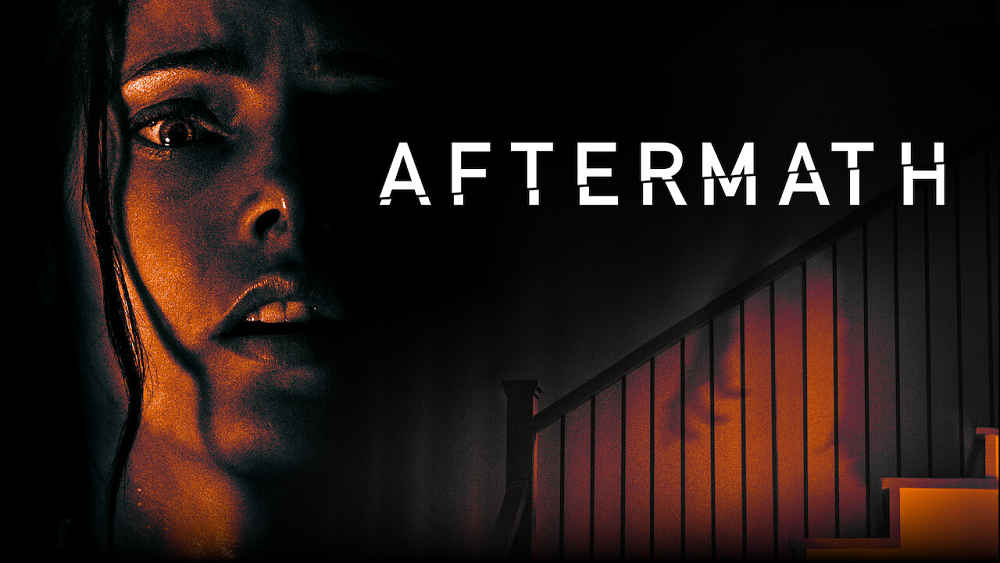 I had a chance this week to check out what all the buzz was about regarding Netflix’s new horror film ‘Aftermath’ which was directed by Peter Winther, and is currently available on the streaming platform.

Starring Ashley Greene, Shawn Ashmore, and Sharif Atkins, the based on a true story film tells the story of: “Desperate to save their marriage, a young couple takes a deal and moves into their dream home, but disturbing events reveal the house’s troubled history.”

“A young couple struggling to stay together, when they are offered an amazing deal on a home with a questionable past that would normally be beyond their means. In a final attempt to start fresh as a couple they take the deal.”

The movie starts off with a 911 call from a woman being murdered in her home, and then it cuts to the main characters Nat and Kevin, who are getting settled in the home they now can call theirs.

The film is painfully slow to start, and the slow burn that is in place to build suspense only drags on pointless scenes that fail to really push the story forward, or connect with any emotion of fear or anxiety.

Despite some “going through the motions” acting, the film labors on to a rather interesting pile of twists and turns during it’s conclusion, and it will no doubt have you Googling the real story as soon as the credits roll.

Without providing any real spoilers, if you were a fan of the reveal in ‘The Boy’, then you know what to expect during the climax of this movie. The big difference is, where ‘The Boy’ had some interesting flow, ‘Aftermath’ simply flat lines.

Fright Nerd Score
38 frights
0 Users (0 votes)
Summary
A very slow and plodding film, based on a really interesting true story, that fails to really portray any scare, horror, or suspense. Long drawn out buildups with lackluster payoffs anchor the film down, despite a solid pace towards conclusion.
Fright Nerd Score38
What people say... Leave your rating
Sort by: