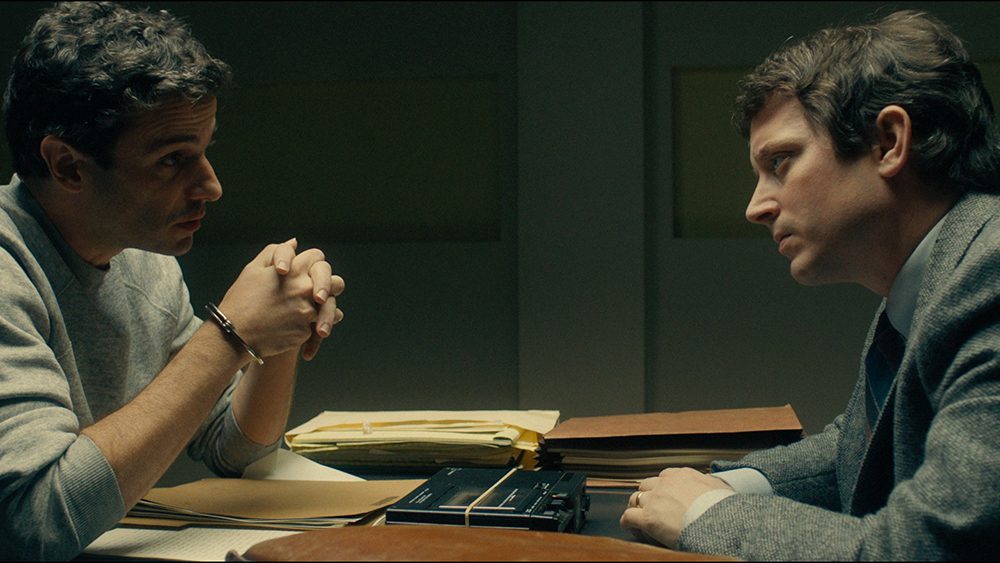 Over the last couple of years there have been plenty of films centered on infamous serial killer Ted Bundy, but the latest take on the madman from director Amber Sealey and RLJE Films is quite different.

In ‘No Man of God’, Ted Bundy (Luke Kirby) and Bill Hagmaier (Elijah Wood), an FBI profiler who consistently visits Bundy on death row during the late 1980s, engage in extensive discussions that show the multiple layers of the psyche of Bundy as he fearfully approaches his fate.

Void of any of the death scenes or re-enactments of the life that Bundy led, the film focuses squarely on Hagmaier experience, and the direct interactions with Bundy, who was played wonderfully by Kirby.

A true deviation from the path that was taken in the Zac Efron starring ‘Extremely Wicked, Shockingly Evil and Vile‘ and the acclaimed docu-series ‘Bundy Tapes’ that arrived on Netflix back in 2019.

The film was based on Hagmaier’s recordings and recollections of Bundy, and while it may lack the shock scenes that many may expect from a movie that is centrally focused on a brutal serial killer, it locks you in with a cerebral approach to exploring the mind of a cold-blooded killer.

Kirby’s portrayal of Bundy shows an extreme narcissism and a over-blown arrogance that is buoyed by Bundy’s hollow attempts at coming across sincere, and the projecting of the image that he is some sort of criminal mastermind.

The movie is all about tone and tension, with the apex closing in as Bundy gets closer to closer to his execution day. Things really start boiling over when Bundy’s head is shaved in preparation of his trip to the electric chair, and it continues to a satisfying end to a unique, yet solid movie that stands alone from other Bundy films.

Fright Nerd Score
78.5 frights
0 Users (0 votes)
Summary
A solid departure of what one would expect from the Bundy films that have been released in recent years. The approach, performances, and attention grip the viewer and deliver a truly unique cerebral experience throughout.
Fright Nerd Score78.5
What people say... Leave your rating
Sort by: