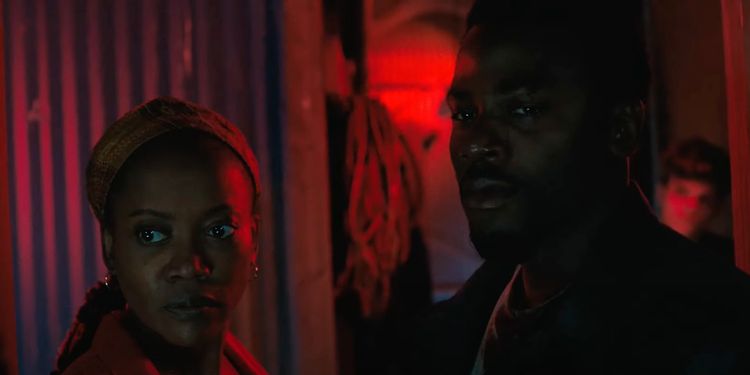 A brand new trailer has arrived for Blumhouse and EPIX’s new horror entry ‘American Refuge’, which is part of their collaboration to develop and produce eight standalone horror/genre-thriller movies exclusively for EPIX.

Directed by Ali LeRoi and set to arrive on Paramount Home Entertainment and EPIX on December 10th, the film tells the story of:

“American Refugee is about a family seeking shelter in a neighbor’s bunker, while the American economy is in collapse and the nation under martial law. There, they find the danger inside is potentially greater than the danger outside.”