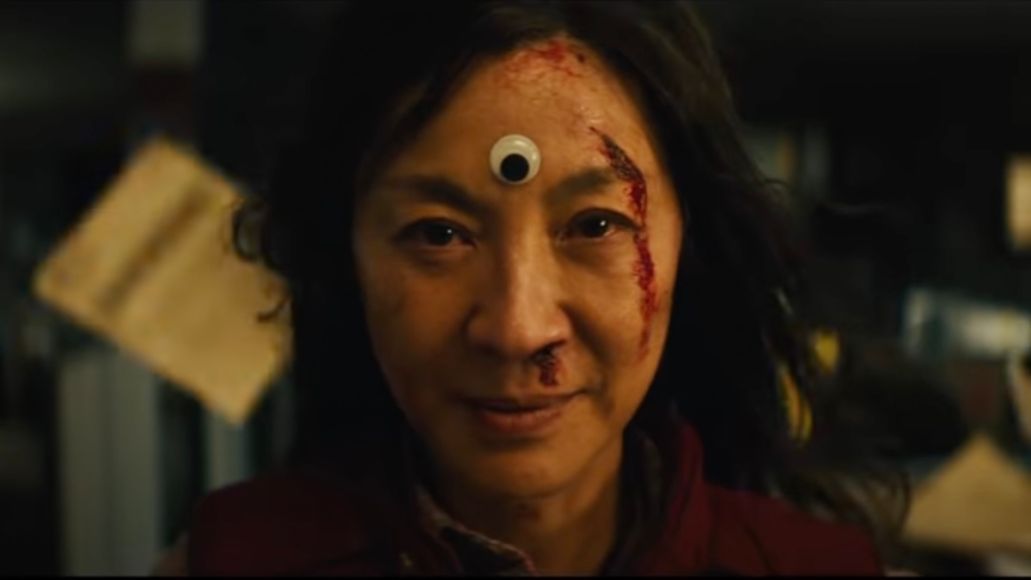 A24 has released a new trailer for the upcoming horror/sci-fi film ‘Everything Everywhere All At Once’ which stars Jamie Lee Curtis and is set to arrive in theaters on March 25ht, 2022.

According to the synopsis: “An aging Chinese immigrant is swept up in an insane adventure, where she alone can save the world by exploring other universes connecting with the lives she could have led.”