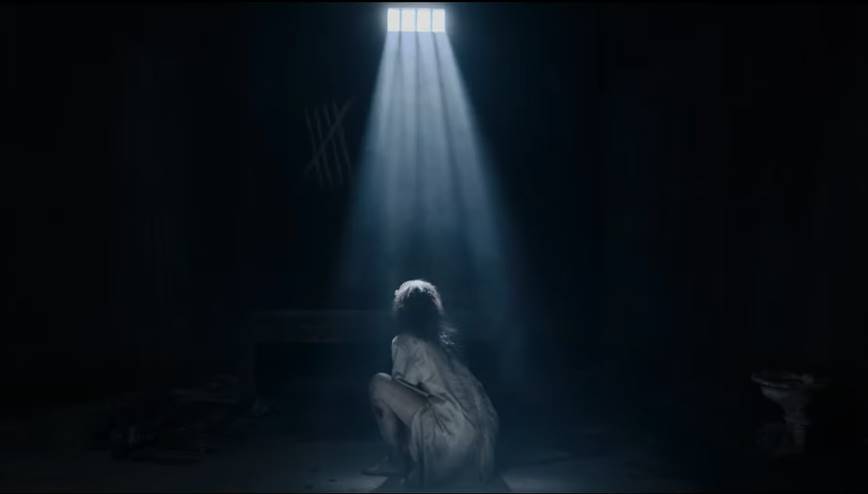 One movie that I was excited to check out was Alejandro Hidalgo’s ‘The Exorcism of God’ which is scheduled to arrive in theaters on March 11th, and stars Will Beinbrink and Joseph Marcell, and I got the chance to do that over the weekend.

According to the summary: “Peter Williams is an American priest in Mexico who’s considered a saint by many local parishioners. However, due to a botched exorcism, he carries a dark secret that’s eating him alive until he gets an opportunity to face his own demon one last time.”

The movie is creative in it’s approach, and for the majority of the first half of the movie it builds a great foundation for a story, centered on and American priest working in Mexico who does something terrible while becoming temporarily possessed during an exorcism. Dealing with the guilt from his sin, the priest banishes himself into near-seclusion for 18 years as he continues his orphanage charitable work, while hiding his secret from the church.

Williams fears that telling the bishop will lead to him being excommunicated and unable to continue his work.

The movie weaves through this with precision, and sets up a promising conclusion. For an exorcism movie, it seems to reel in creative scenes and not rely so much on the typical cliches that have riddled the horror movie genre.

However, where it shines in the setup, it fails miserably in the execution.

Simply too much is going on during the last 45 minutes of the movie, and churns a solid foundation into a fractured, convoluted mess. Gone are any excitement for the story, and gone is any tone of fear that was initially set.

The plot self destructs with no good reason, and leaves a deflated, disappointed feeling for an ending that perhaps had far more depth, but was severely diminished by the last half of the movie.

Hildalgo shows his talent overall, but there’s simply too much going on in the end to make this movie truly stand out in an over-saturated niche.

In this article:Alejandro Hidalgo, Joseph Marcell, The Exorcism of God, Will Beinbrink