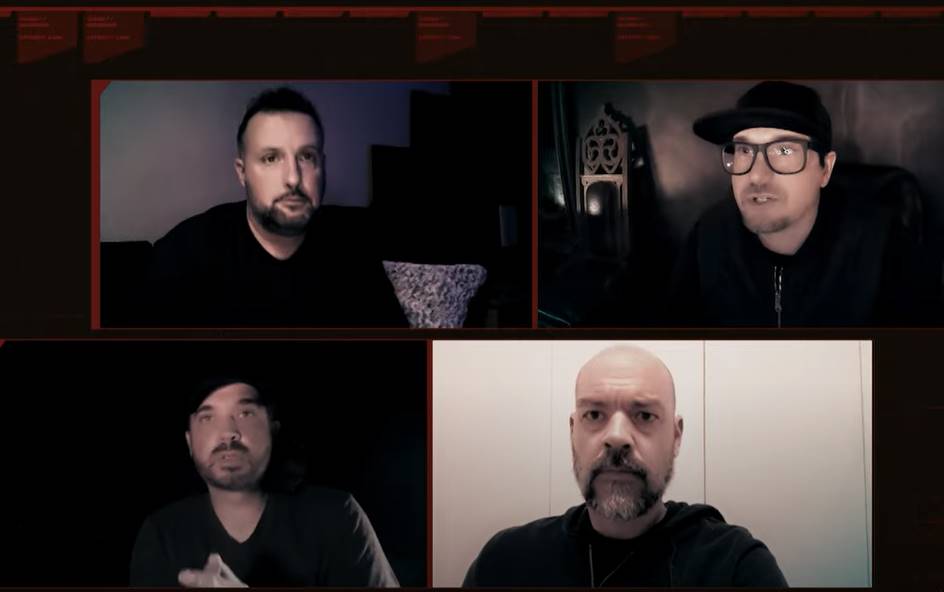 The popularity of reality shows focused on paranormal investigators continues to hold strong, and Discovery+ is leaning into the niche with the upcoming launch of ‘Ghost Adventures: House Calls’, which is a spinoff of the popular ‘Ghost Adventures’ series starring Zak Bagans, Aaron Goodwin, Billy Tolley, and Jay Wasley.

Bagans recently inked a new three-year deal with Discovery+ that will bring his content, such as Ghost Adventures to the digital streaming platform through 2025. Bagans and his team have become one of the most popular horror content creators in the industry.

The new series launches on May 19th.

According to the official press release: “Disembodied voices, objects moving on their own, shadow figures and apparitions – all are often signs of paranormal activity. When they occur inside your own home, it can bring an overwhelming sense of fear. Zak Bagans, Aaron Goodwin, Billy Tolley and Jay Wasley, the team behind GHOST ADVENTURES, have spent decades investigating ghostly activity to gain a better understanding of the afterlife. Now, they’re helping frightened families who believe they are under paranormal attack in the all-new eight-part series GHOST ADVENTURES: HOUSE CALLS, debuting with two episodes on Thursday, May 19 exclusively on discovery+.”

In this first-ever spinoff, the team responds to urgent calls for help from desperate homeowners whose lives have been thrust into turmoil from unexplained activity inside their private residences. After hearing each family’s haunted account and reviewing bizarre evidence that was captured in their home, Bagans sends Goodwin, Tolley and Wasley on a personal house call to meet the family and get to the bottom of their paranormal emergency. When the team arrives on site and explores further, they are able to get a clearer picture of the situation – and whether it’s benign, or worse than they anticipated. Armed with their equipment, the crew conducts a thorough investigation to see what evidence they can capture, while Bagans oversees the activity from his headquarters, providing insight and applying experimental tactics from his unique vantage point. After the team analyzes their evidence, Bagans shares the findings in a one-on-one meeting with each homeowner, offering them much-needed advice and resolution.

“A home is a very personal and sacred space,” said Bagans. “When unexplained spirit activity causes a family to feel threatened and uncomfortable in their own house, that’s cause for immediate action. ‘House Calls’ is about helping people who are living in fear from something unknown. Our goal is to figure out what’s going on and provide answers, advice and many times, validation. These are the most personal and emotional investigations we’ve ever done.”

In the series premiere, a newly married couple in Long Beach, California, is plagued by a powerful and unexplained force intent on driving them apart. Matt and Christina are terrified that the entity is trying to control Matt’s life and separate him from his family. The minute the team enters the home, they quickly sense a dark energy around them. Then, as Matt talks with the group about his experiences, unexplained red marks begin to appear on his neck. As the crew conducts their investigation, the energy kicks up and Bagans begins to experience uneasy feelings all the way from basecamp. Compelling audio and visual evidence lead the crew to believe a malicious entity has taken up residence in the home, and the family must expel it before it further takes over their lives.