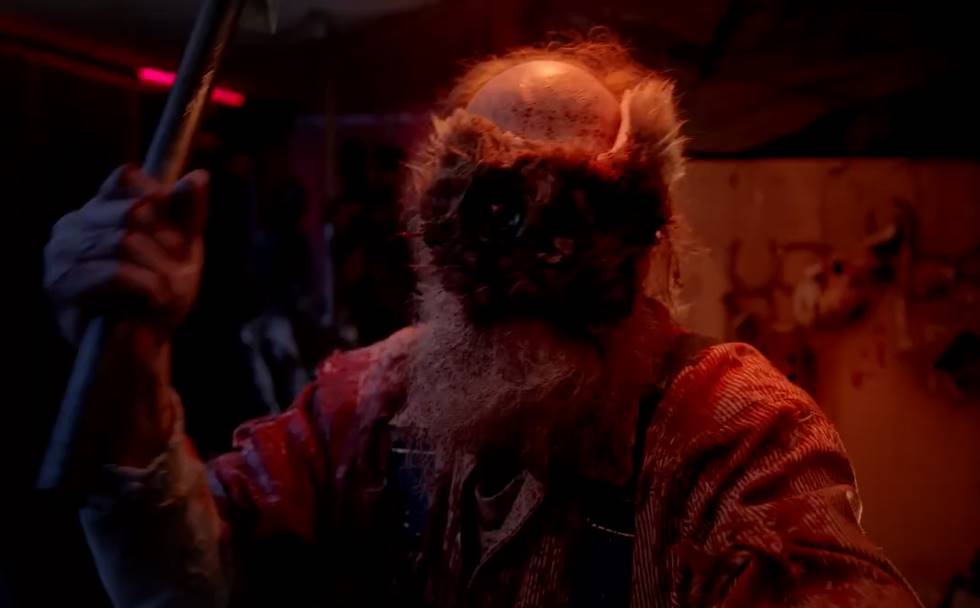 A brand new horror-comedy flick that is being directed by acclaimed FX artist Tom Devlin, in his feature directorial debut, has pulled back the curtain a bit, as a new teaser trailer has dropped for ‘Teddy Told Me To’.

According to the IMDB summary: “When Danny and Zoe (Topher Hansson and Kamarra Cole) decide to buy an old defunct haunted attraction, they think they’ll just have fun and make some money. After meeting with the Realtor Jan (Lisa Wilcox, Nightmare on Elm St 4 and 5), and the groundskeeper Ron (CJ Graham, Friday the 13th VI), they learn that the property has a bloody past. They audition and hire a full cast of haunt actors who work together to bring the old haunt back from the dead. Ron’s brother Eric (Michael Shields) creeps the gang out with his telling of a family tragedy (Felissa Rose, Sleepaway Camp, and Trent Haaga, Killjoy 3), the origin of the bear masked killer “Teddy” (Jason Wallace), and the first murder to take place in the haunt (Warrington Gillette, Friday the 13th Part II). On opening night, the haunters and the crowd don’t stand a chance as Teddy returns to his old stomping ground for more blood.”