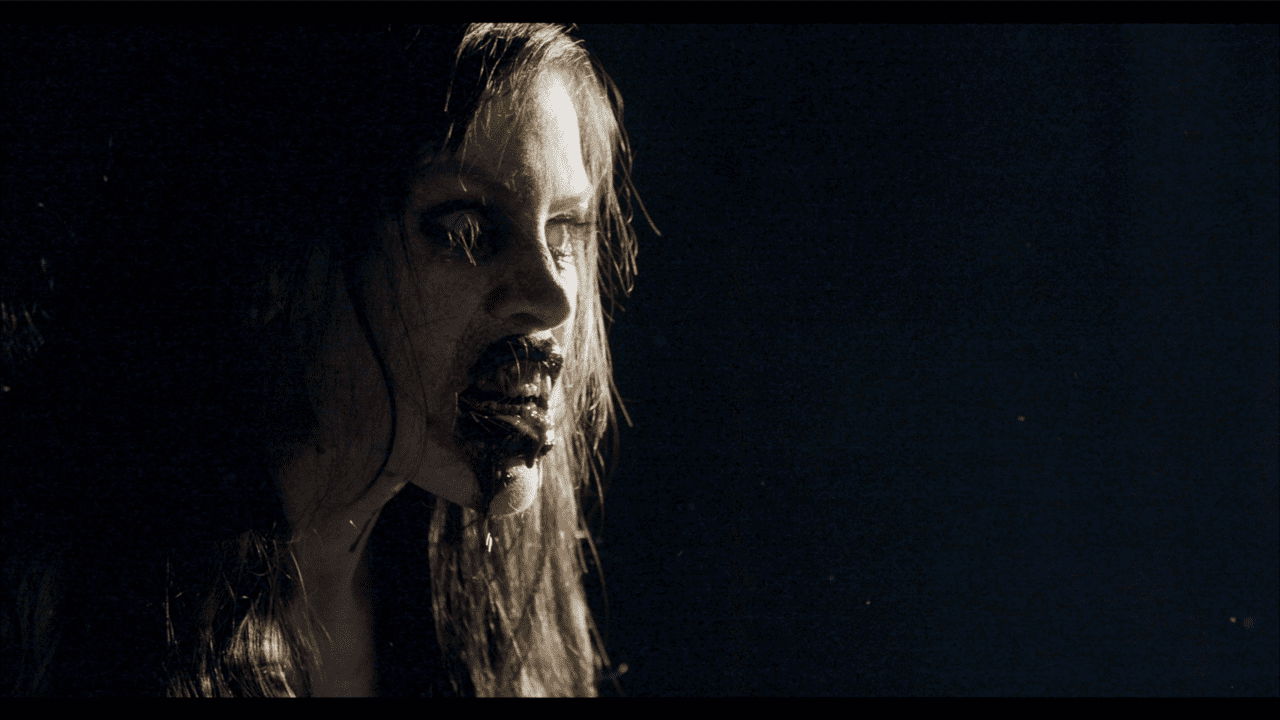 When sitting down to take in Spider One’s film ‘Allegoria’, which is a collection of creepy tales, I was excited to see the different directions that these cautionary tales would take, as there had been some hype surrounding it’s release.

What I got was a collection of stories, yes, but all failing to entertain, despite some badass costume and makeup designs.

Scout Taylor-Compton, John Ennis, Edward Hong, Adam Busch, Bryce Johnson, and Krsy Fox star in the film, which is about: “A timid actress, a tortured painter, a pretentious writer, a psychotic sculptor and a rock band all become entangled when their insecurities manifest themselves into monsters and ghouls.”

Despite a runtime of around 1 hour and 10 minutes, this film seemed to drag. I will give credit, as it does very little to set up a story, as from the very first scene you are thrust into the crux of tale bubbling to a conclusion. In that particular story, an actor’s class is in full effect, but the teacher’s demonstration actually invokes a demon possession, and ultimately a brutal death. I just didn’t find myself investing any interest in the story.

The second tale of the five (don’t worry we won’t go through each), is apparently about a painter who, from what I gather, keeps receiving calls as he is working on his next work., and somehow meets a horrific end? Okay.

The issue is, that the payoff, fluffed by some impressive gore and effects, doesn’t evoke the reaction it normally would, or should. This is evidenced by the next tale of a writer penning his new novel deep into the night, only to come face to face with the very evil he is writing about. Yes, the “evil” was impressive in look, and the gore equally appealing, but the rushed story felt sloppy, and too predicated on the gore and effects.

This is the common theme for all the stories, although they do gradually better with each take. However, they each seem just thrown together with the sole purpose of getting to the shock scene, and after a while you realize you’re getting the same experience watching the movie as you would going through a haunted house, or a museum.

All in all, a rather boring experience watching a pretty forgettable film.