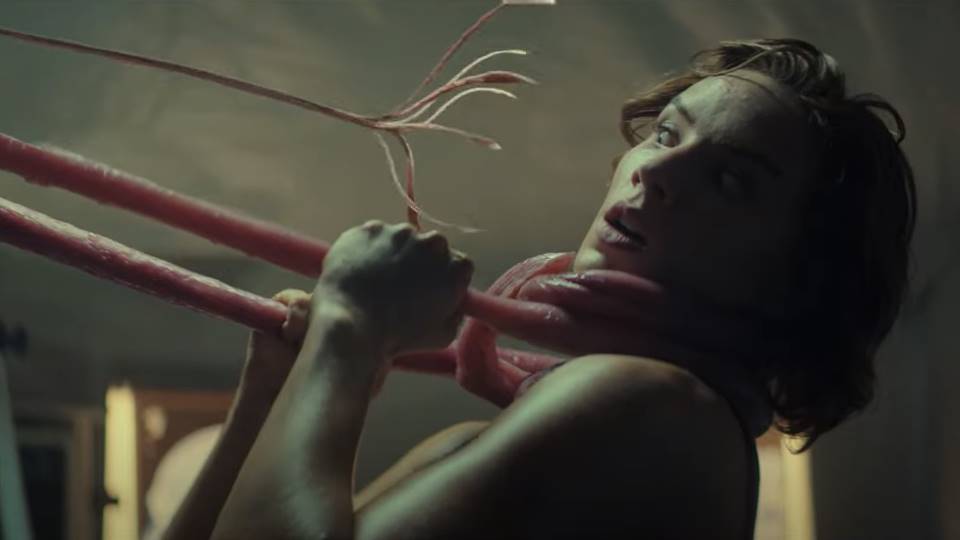 Director Neil Marshall, who is most known for his incredible thriller ‘The Descent’, is back with a brand new monster horror called ‘The Lair’ that is set to arrive in theaters, digital, and VOD on October 28th, courtesy of RLJE Films and Shudder.

According to the official synopsis: “Royal Air Force pilot Lt. Kate Sinclair (Charlotte Kirk) is shot down over Afghanistan and finds refuge in an abandoned underground bunker where deadly man-made biological weapons – half human, half alien – are awakened.”

Per an official statement issued by Marshall: “I’m thrilled to be back in the world of full blooded action horror for the first time since ‘The Descent’ and ‘Dog Soldiers,’ and this film certainly holds some kinship with those two movies. Originally conceived as a small and contained indie film to shoot during lockdown, my ambitions for the movie grew into something much more action-packed and monster-fuelled, with a sci-fi twist. It’s packed full of cool characters, scares, laughs, and of course some grizzly death scenes.”