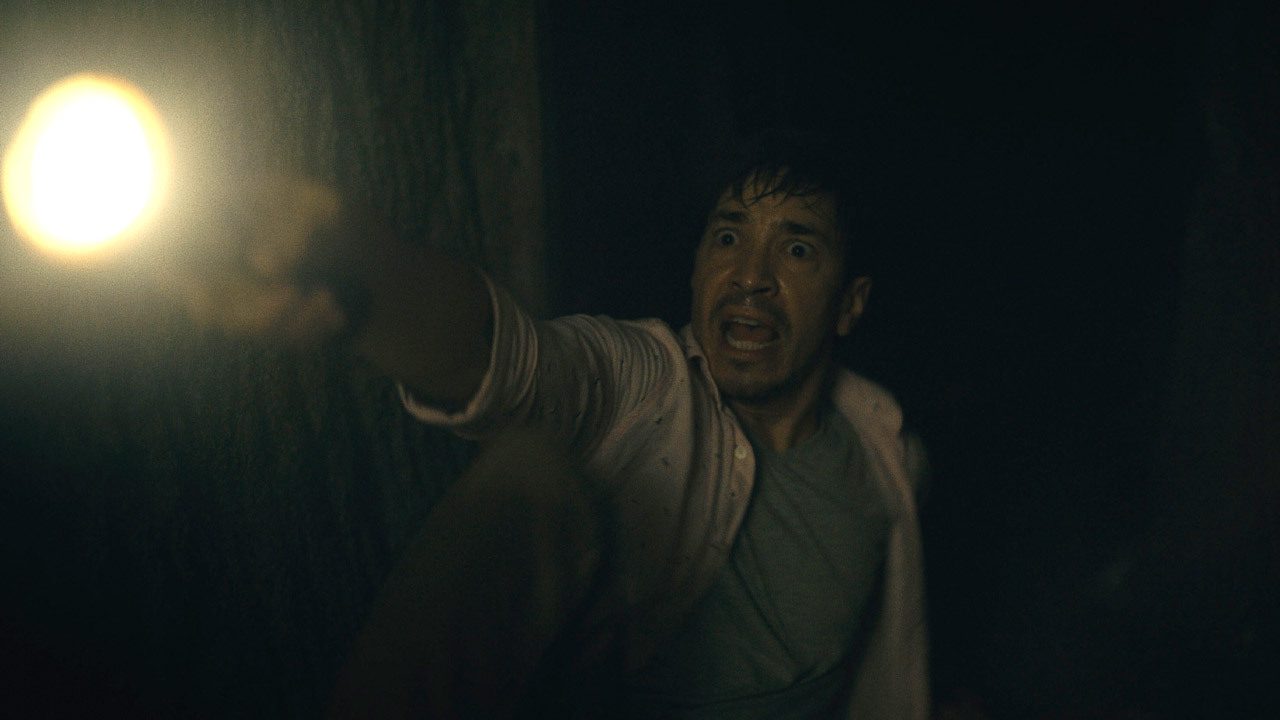 According to the synopsis: “A young woman discovers the rental home she booked is already occupied by a stranger. Against her better judgment, she decides to spend the night but soon discovers there’s a lot more to fear than just an unexpected house guest.”

The film starts strong, with Keith (Skarsgard) enjoying an AirBnB rental that was also, erroneously, rented to Tess Marshall (Campbell). The AirBnb is owned by AJ Gilbride (Long) who comes into play later in the film. Keith and Tess create a romantic bond, but it won’t play out because of the horror that awaits them both.

The first half of the film effectively woven in suspense, and anticipation as odd things occurred during the night, which awakened Tess and had her question who opened her bedroom door, as well as the mysterious door to the basement.

Tess explores the basement, which reveals a secret door and passageway, leading to an odd room that had a spring mattress, a VHS video camera, and blood splatter on the walls. Tess is freaked out and tells Keith, who takes it upon himself to investigate.

After a few moments, Tess follows, but cannot seem to find Keith, who can be heard calling out to her deep within the passageway. Another door is revealed, leading to a set of stairs that takes them down to the tunnel structure beneath the house, where the real horror awaits.

From that point the movie lost the solid momentum it built.

I thought that when AJ came into the movie, it would pick up again, but sadly it continued to sink.

While the first half of the film was intriguing, interesting, and engaging, the second half was sloppy, rushed, and a bit fractured, and even hovered over ridiculousness.

At the end of it, no explanation that furthered the small backstory given, the hows, or the whys.

It left a lot of confusion, and tanked a strong, strong start.

Fright Nerd Score
72 frights
0 Users (0 votes)
Summary
The film had a strong, engaging start filled with tension, but completely fell off the cliff in the second half thanks to lackluster storytelling and a slight turn to ridiculousness, veering it off a promising course
Fright Nerd Score72
What people say... Leave your rating
Sort by: