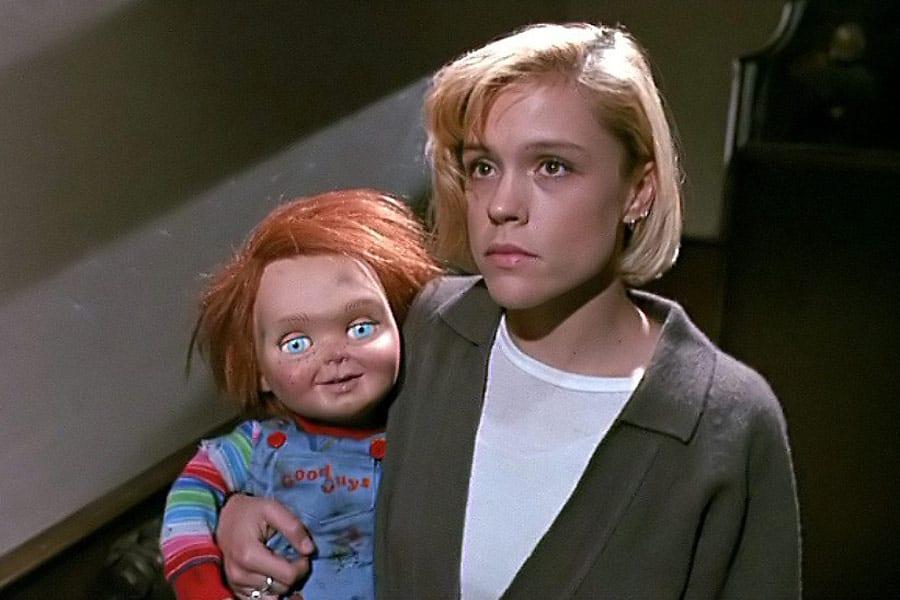 Christine Elise knows a thing or two about the ‘Child’s Play’ franchise, as she was the star of Child’s Play 2 and Cult of Chucky, and she is sharing her thoughts on the upcoming remake of the original Child’s Play, which will be directed by Lars Klevberg.

The reboot marks a clean slate for the franchise, as the film will be moving forward without the involvement of creator Don Mancini, who is busy with a television series for Universal, and with Chucky now being a robotic doll.

Elise also has her own thoughts of what the film will have in store.

“So, I don’t know why they’re just taking the title and stealing it and mucking up the waters. It’s especially douchey when you know that Don is developing a TV series and going back to using the title Child’s Play; not Bride of, Seed of, Curse of, Cult of Chucky, it’s going back to the Child’s Play name and it’s deep into development.

So, this MGM project could have, it hasn’t but it could have, really, easily derailed the TV show project, which would be devastating, because fingers crossed it happens and fingers crossed I’m involved in it, as much as I would like to be. It’s an opportunity here where Don can further a story he’s been telling for 30 years, but rather than tell it in 90-minute segments every three years or more, he can tell 10 hours of story in 10 weeks, he can get that much more story ahead. And if you’ve seen Cult and you see how Cult ends, you know how rich in story it is, there’s so many doors open now, and to so insensitively threaten the Don Mancini empire I think, is fucked up.”