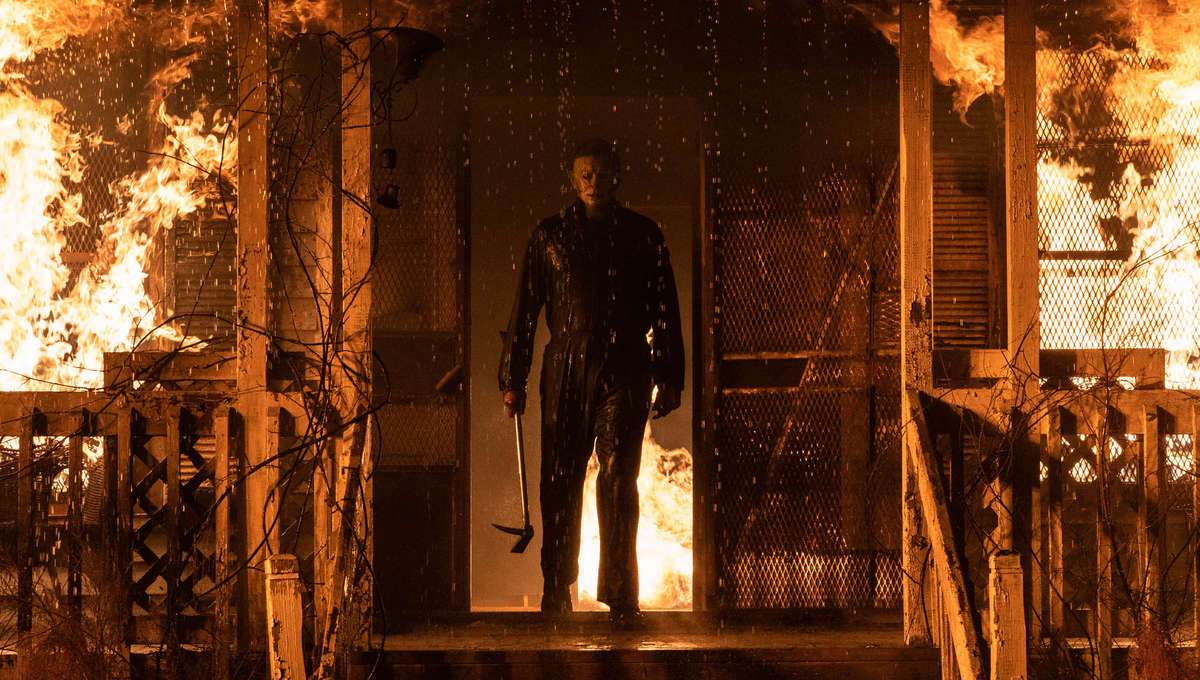 David Gordon Green returned with the second installment in his Halloween trilogy when ‘Halloween Kills’ officially arrived on Peacock and in theaters around the country, a perfect fit for the Halloween season.

But the movie, was far from perfect, or anywhere close to it.

“The nightmare isn’t over as unstoppable killer Michael Myers escapes from Laurie Strode’s trap to continue his ritual bloodbath. Injured and taken to the hospital, Laurie fights through the pain as she inspires residents of Haddonfield, Ill., to rise up against Myers. Taking matters into their own hands, the Strode women and other survivors form a vigilante mob to hunt down Michael and end his reign of terror once and for all.”

Green’s ‘Halloween’ in 2018 did plenty good at the box office, despite the movie being so-so. I wrote in my review that the movie went off the rails as soon as Myers made his return to Haddonfield, more specifically when Dr. Sartain went crazy, which I thought was a blip. However, after watching ‘Halloween Kills’ that blip turned into a number of warts that completely sent ‘Halloween Kills’ down the shitter.

Green did a marvelous job with the nostalgia of the 1978 original, as he did in the first film, with the return of Kyle Richards as Lindsey Wallace, and Tommy Doyle’s return (played by Anthony Michael Hall), but really hit it home with the returns of Dr. Loomis (CGI Donald Pleasence), Marion Chambers (Nancy Stephens) and Sheriff Leigh Brackett (Charles Cyphers) who were all pivotal characters in John Carpenter’s 1978 classic.

Aside from that, the movie was a complete dud.

Lost along the way was the essence of what made Michael Myers, and Halloween, uniquely terrifying. The plodding, stalking, slow build of Myers going after his victims was exchanged for a nothing more than a man in a mask who was capable of taking on entire gangs at once.

Myers stalking was essentially swapped out for Matrix fight scenes. And it was horribly ridiculous.

In Green’s 2018 version, Myers still had elements of his 1978 self (which was where Green’s Halloween picked up from) but were lost entirely in the 2nd entry, leaving Myers a hollow, disappointing shell of what made the character iconic.

When it was all said and done, I found myself just waiting for the movie to end, instead of bracing for how the film would lead into the 3rd and final film.

The ending was horrible, unimaginative, and simply ridiculous, which is hard for me to complain about when reviewing a slasher film.

One can hope that Green’s final entry into his version of Halloween is far superior, which will be needed to save this trilogy from being nothing more than barely memorable and easy to forget over time.

Fright Nerd Score
28.5 frights
0 Users (0 votes)
Summary
A cluster of nonsense and a disappointing departure from what made Michael Myers iconic. Green got away with some of this in 2018's film, but Halloween Kills died with his poor direction and handling of the Myers character.
Fright Nerd Score28.5
What people say... Leave your rating
Sort by: